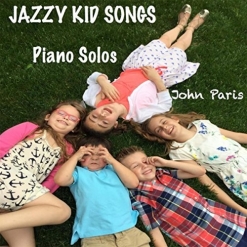 John's Website John's Artist Page on MainlyPiano
Album Links
Amazon (referral)iTunes
This site contains affiliate links to products. We may receive a commission for purchases made through these links.
Jazzy Kid Songs
John Paris
2017 / John Paris Original Music
52 minutes
Review by Kathy Parsons
Jazzy Kid Songs is pianist/composer John Paris’ tenth album and is unlike anything I have ever heard. This is not a children’s album per se, although I have no doubt that many children will like it. Paris has taken ten traditional songs most of us learned as kids (plus one original and a reprise of one of the ten) and has given them his inimitable jazz interpretation which is often exuberant, joyful and full of fun. A few of the songs are given a more serious treatment for contrast, but this is one wonderful album intended to bring out the kid in us all and to rekindle feelings of innocence in these difficult times. I was fortunate to be able to see Paris perform all of these songs before I heard the album. Sometimes that isn’t a good thing because recordings often pale to the live performances. That’s not the case here. The spirit of the recording is fresh and alive, and the sound quality of the piano is outstanding! In addition to his long performing career, Paris is a public school music teacher in Northern California, and his love for his students is always palpable, as is his love for his grandchildren (pictured on the cover of the album). That love and joy is also reflected in this music.

Jazzy Kid Songs opens with “Twinkle Twinkle,” which starts out slowly and then dons a jazz waltz tempo. From there, a theme and variations style takes over with some themes slow and some very upbeat - what a fun way to start! “Shoo Fly” is a real toe-tapper with a very catchy rhythm in the deep bass of the piano and the playful melody dancing all over the upper half of the keyboard. “Itsy Bitsy Spider” begins as a very laid-back ballad, but doesn’t stay in that mode for long. “Oh Shenandoah” is a soulful slow dance that brings out the beauty of the timeless melody. There are two versions of “Lavender’s Blue” on the album - and both are lovely, slow and reflective. I can easily understand why Paris couldn’t choose one over the other. “Miss Mary Mack” is my favorite even though I don’t remember the original song. Upbeat and bluesy, the left hand in the deep bass of the piano plays an intoxicating rhythm while the right hand gets kinda funky with the melody - love it! “Paris Elle” is my other favorite and the one original composition on the album. Composed for Paris’ granddaughter, this captivating toe-tapper is having some serious fun. In concert, it’s a show-stopper, and rightly so! After that bit of musical joyfulness comes a real surprise - “Row Row Row Your Boat.” Paris takes the line from the song, “Life is but a dream” and makes that dream a nightmare! I know that sounds kind of unlikely, but it really works and can raise a few goosebumps as you listen! The mood swings back up (literally!) with “She’ll Be Coming Round the Mountain” and then the album closes with the second version of “Lavender’s Blue.”

Jazzy Kid Songs is certain to be one of my Favorites for 2017! Forget about being an adult for a little while and give your ears and soul a real treat! The album is available from Amazon, iTunes and CD Baby. I give it my highest recommendation!
July 17, 2017
This review has been tagged as:
JazzKathy's Favorites: 2017Kathy's Picks
John's Website John's Artist Page on MainlyPiano
Album Links
Amazon (referral)iTunes
This site contains affiliate links to products. We may receive a commission for purchases made through these links.
More reviews of John Paris albums 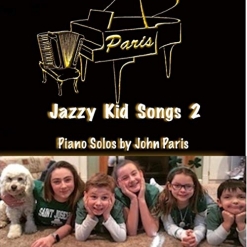 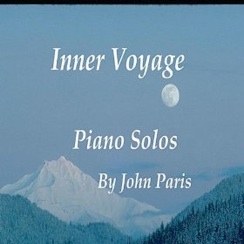 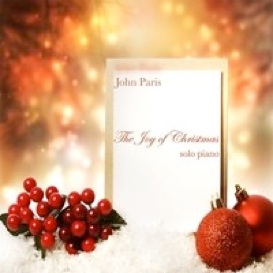