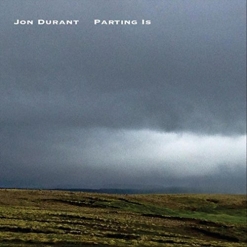 Jon's Website Jon's Artist Page on MainlyPiano
Album Links
Amazon (referral)iTunes
This site contains affiliate links to products. We may receive a commission for purchases made through these links.
Parting Is
Jon Durant
2018 / Alchemy Records
54 minutes
Review by Kathy Parsons
Parting Is is a solo guitar (one artist, several guitars) album by Jon Durant. Known for his “cloud guitar” soundscapes as well as his work with Burnt Belief, Durant’s music has graced numerous recordings and film soundtracks. He is also the executive producer at Alchemy Records, producing recordings for internationally-acclaimed artists in his small home studio in Massachusetts. All of the sounds on the album come from a variety of guitars and the inside of the CD jacket states “no synths were used in this recording.” Without that disclaimer, I would have assumed that many of the atmospheric sounds were keyboard-generated. Definitely more ambient than melodic or classical, this album expands the boundaries of what guitars are capable of! The nine original tracks were recorded using six different guitars, two of which are fretless. Cloud guitar is utilized on seven of the tracks and is played solo on three. The various sounds and effects Durant creates with his guitars are fascinating. Five of the nine tracks were recorded live in the studio.

Parting Is begins with “Clouds in Advance,” one of the cloud guitar solos. Very atmospheric and “floating,” it is an immediate tip-off that this not a typical solo guitar album! Some of the sounds are similar to an organ and I would have never guessed that they came from an electric guitar! “Open Window” features electric 12-string, fretless and cloud guitars. There is a bit more of a repeated melodic pattern in this one, surrounded by more atmospheric or “space” sounds. “Travels Within” uses electric guitars, fretless bass and cloud guitar, and is primarily layered ambient sounds. “The Room Where She Waits” is a duet for electric 12-string and fretless guitar. Quietly soothing and introspective, the contrasting sounds of the fretless and the electric guitars create an almost hypnotic mix. “Before the Rain Falls” is the second cloud guitar solo and is “spacey” as well as a little spooky! At almost ten minutes, it has plenty of time to explore and evolve in different directions. Again, it’s really amazing that no synths were used in this piece! “Evolve in Place” is one of my favorites and is another duet for fretless and electric guitars. Gently rhythmic and melodic, I find this one especially pleasant. I really like the peaceful, relaxed sound of “Ecliptic Shadows,” which adds cloud guitar to the fretless and electric guitars. “Returning To the Departure” is much darker and more mysterious, this time with the electric guitar in the lead. “Willamette Fog” closes the album with the third cloud guitar solo, a wonderful musical expression of what it feels like to be surrounded by dense fog. Nothing is defined - everything is enveloped in damp, floaty gray mist with occasional forms becoming briefly recognizable and then softly disappearing again. Here on the Oregon Coast, we know this phenomenon quite well!

Parting Is is a fascinating album by a true guitar master and innovator. The album is available from Amazon, iTunes and CD Baby.
June 3, 2018
This review has been tagged as:
Guitar music
Jon's Website Jon's Artist Page on MainlyPiano
Album Links
Amazon (referral)iTunes
This site contains affiliate links to products. We may receive a commission for purchases made through these links.
More reviews of Jon Durant albums 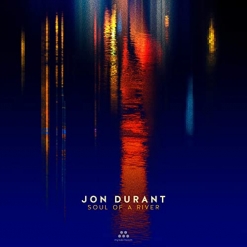