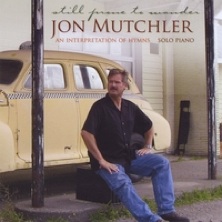 Jon's Website Jon's Artist Page on MainlyPiano
Album Links
Amazon (referral)iTunes
This site contains affiliate links to products. We may receive a commission for purchases made through these links.
Still Prone to Wander
Jon Mutchler
2008 / Too Mutch Music
75 minutes
Review by Kathy Parsons
Jon Mutchler’s Still Prone To Wander is a sequel to his 2001 solo piano release, Prone to Wander. The pastor and founder of Ferndale Alliance Church in Washington, Mutchler assembled these improvised hymns to commemorate his twenty years of service to the church. Where the first collection of hymns was mostly soft-spoken and meditative, this new CD is sometimes full of power and passion and is sometimes quiet and reflective. Of his most creative work to date, Mutchler told me, “I tried not to be limited by what others’ expectations might be, and went with my gut.... Another way to look at this album is through the parable of prayer. In prayer we can and should express the whole range and extremes of emotions: from joy and peace, to sadness and despair, even anger. ...I tend to think that there is much ‘crying out’ in some of these songs.” With a total of thirteen tracks, this CD presents nine classic hymns in ways you have never heard them (four hymns appear twice with different arrangements). Mutchler holds degrees in both classical piano performance and jazz studies, and those influences are obvious, as is gospel and even pop; his playing is impeccible Mutchler says that he was more interested in expressing his deepest heart, yearnings, and musical prejudices than pleasing anyone else, making his interpretations of these songs deeply personal and extraordinarily honest. More than strictly “church music,” these hymns become songs of life and living.

The CD begins with an intense rumbling in the bass end of the piano as powerful chords lead in to “A Mighty Fortress Is Our God.” A hymn that is often played rather timidly, Mutchler brings to it a sense of majesty and strength. Over the course of eight minutes, he goes in several different directions - sometimes playing the melody and sometimes improvising - but never wavers from a bold and triumphant statement. “Untitled Hymn (Come to Jesus)” is a contemporary hymn and is much quieter and more pensive. Most people know “For The Beauty of the Earth,” but the repeated bass line and syncopated melody make it contemporary and fresh. “We Gather Together” is a standard hymn of Thanksgiving, and Mutchler treats it with both gentleness and intense emotion. Mutchler added a new chorus to the old hymn “Turn Your Eyes Upon Jesus.” Tender and soothing, its stirring melody goes right to the heart. “The Doxology, Part 1” begins with the piano strings being plucked, and Mutchler leaves a lot of open space in the melody. Part 2 of the same song is completely different. Its strong, vibrant rhythm makes it an exciting arrangement! The second version of “A Mighty Fortress Is Our God” is also quite different from the first, although the majesty and power remain. The second take on “I Need Thee Every Hour” is a humble musical prayer that brings the CD to a quiet and peaceful close.

If you prefer hymns in their traditional form, this might not be the CD for you, but if you like fresh, deeply personal takes on familiar music, check it out. It really doesn’t matter if you are into hymns or not - this is some great piano playing in a variety of styles and moods. Still Prone to Wander is available from jonmutchler.com, cdbaby.com, and amazon.com. Highly recommended!
October 25, 2008
This review has been tagged as:
Hymn Arrangements
Jon's Website Jon's Artist Page on MainlyPiano
Album Links
Amazon (referral)iTunes
This site contains affiliate links to products. We may receive a commission for purchases made through these links.
More reviews of Jon Mutchler albums 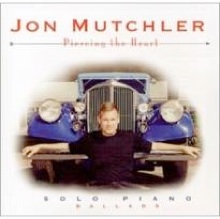 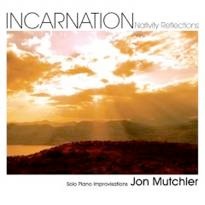 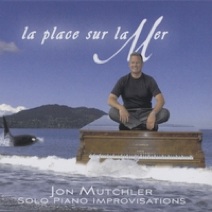