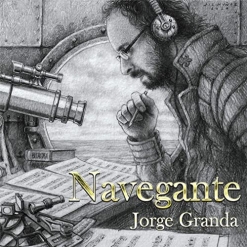 Jorge's Website Jorge's Artist Page on MainlyPiano
Album Links
Amazon (referral)Apple/iTunesSpotify
This site contains affiliate links to products. We may receive a commission for purchases made through these links.
Navegante
Jorge Granda
2020 / Jorge Granda
38 minutes
Review by Kathy Parsons
Navegante (Navigator) is the ninth studio album from Spanish film composer Jorge Granda and is a logical continuation of Granda’s 2019 release, La Malvarrosa. Like that album, Navegante is the soundtrack for an imaginary film, so the seven tracks and bonus track are quite varied in style. For Granda, both albums represent his definition of today’s classical/contemporary genre and both play a fundamental role in his discography. There are several guest artists on the album, and I was especially excited to see that Hugo Selles is the pianist and appears on most of the tracks.

Quoting Granda from the liner notes for Navegante: “Each new album is a new musical journey and an opportunity to travel uneven roads. That is the philosophy that I have adopted and maintained since 2018 when I decided to write the themes for this new project…. As in any maritime route, the doubts are varied and sometimes they assail us: will the ship manage to reach a good port? … Every beginning is as uncertain as it is hopeful and in that sense I feel that I have set out with a fixed course and a clear north: to reach my destination…. The music no longer belongs to me because it is part of the world and set off on a global journey that arose from the solitude of my studio.”

This past year (2020), Granda created the soundtrack for a film called Ane that was co-produced by the Spanish Television TVE and was introduced last September at the San Sebastian International Film Festival. In 2020, Granda was also involved with a film called Retrato de mujer blanca con pelo cano y arrugas (Portrait of a White Woman with Gray Hair and Wrinkles) which was released last November at the Rizoma Festival in Madrid. Granda’s score for this film is for a classical quartet. In addition to Navegante, he released The Next Frontier, an experimental electronic album recorded as a part of an artistic residence at LABoral Art and Industrial Creation Centre (Gijón).

Navegante begins with “Pan y cinco para el pueblo” (“Bread and circus for the people”), a bright and lighthearted waltz that expresses the joy and excitement of setting out on a new adventure. Strings, piano and flute paint a picture of bright sunshine, laughter, and a carefree spirit. “Vientos de pascua” (“Winds of Easter”) has the same instrumentation plus drums and clarinet, but the feeling of the piece is much different - more poignant while expressing feelings of determination and perhaps a little fear. I especially like the last couple of minutes of this piece, including Selles’ solo. “Alegrias” (“Happiness”) is bright and lively, and makes me think of a sunny tropical island with colorful plants and birds as well as warm breezes and maybe a fruity beverage or two! “Vestígios” (“Vestiges”) is a mysterious orchestral work with lots of strings (both bowed and pizzicato) and piano. More intense and edgier than the previous tracks, several themes are woven together to create a very colorful and descriptive piece. “El Cabanyal” is a beautifully haunting piano solo that seems to express solitude and loneliness. “Conversaciones con Natalia” is an electronic work with a driving beat that never lets up. The hard-pounding percussion and the various other sounds make me think of a a disco with swirling lights and bodies moving with the music - joyful and fun! “Aviones” (“Planes”) is a graceful and relaxing neo-classical work that is fully orchestrated and includes wordless vocals; the sailing is very smooth in this piece! “Fin de Siglo” (“End of the Century”) is a wonderful solo piano improvisation by Hugo Selles that is included as a bonus track. It evolves in several different directions as it unfolds. Sometimes quiet and reflective and sometimes much bolder and jazzier, it’s a great ending to an excellent album.

Navegante is available in the US from Amazon, Apple Music/iTunes and Spotify. Be sure to check it out! 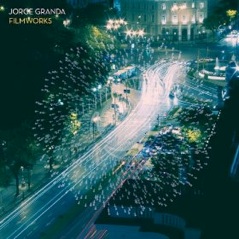 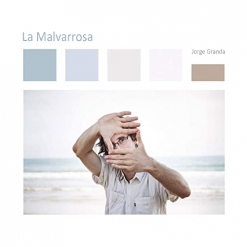