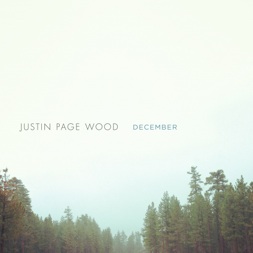 Justin's Website Justin's Artist Page on MainlyPiano
Album Links
AmazoniTunes
This site contains affiliate links to products. We may receive a commission for purchases made through these links.
December
Justin Page Wood
2013 / Justin Page Wood
21 minutes
Review by Kathy Parsons
December is Justin Page Wood’s fourth piano release and was recorded primarily for the winter holiday season. Three of the five tracks are original piano solos and two are Wood’s arrangements of Christmas favorites. December is an EP with a playing time of twenty-one minutes and is available only as a download. (For a limited time, the whole album can be downloaded for free from www.justinpagewood.com.) Wood incorporates a variety of genres (classical, jazz, pop, new age, ambient, etc.) into his own unique playing style, which is strong, confident and consistently interesting. Also a designer and artist, Wood brings a wealth of creative experience to his music which is sometimes very lyrical and melodic and other times more free-form to ambient. Wood released his debut recording in 2010 and has had a prolific musical output ever since.


December begins with the title track, which is based on a piano and vocal piece from a previous album. The graceful melody flows over a repeated rhythm pattern that becomes more fluid in several sections of the 5+ minute piece. Peaceful and very soulful, I like this one a lot! “Jayden” was composed during the time when Wood learned that he was to become a father for the first time, and the song was written and named for his son. The piece has several themes that are woven together to express the varied emotions that occur with such a life-changing event. Sometimes tranquil and dreamy and sometimes very intense (and everything in between), it’s an exceptionally powerful and personal composition. “Forest” is a relatively short extension of “Jayden” that repeats the bass line and chords as the melody was improvised during the final recording sessions for the album. “O Come Emmanuel” is the first of the more traditional Christmas songs. The original song dates back as far as the 8th century and was based on the Biblical prophecy of Jesus’ birth. Wood focuses on the haunting melody, adding some personal touches here and there. It’s a gorgeous arrangement! The last track is a beautiful take on Vince Guaraldi’s “Christmas Time Is Here,” known mostly from its inclusion in the Peanuts TV Christmas specials. This bittersweet jazz waltz is one of my favorites, and I love Wood’s version!


With its three original pieces, December doesn’t need to be a Christmas-only album and will be enjoyable year-round. It is available from justinpagewood.com, Amazon and iTunes. Recommended!
December 16, 2013
This review has been tagged as:
Holiday Albums
Justin's Website Justin's Artist Page on MainlyPiano
Album Links
AmazoniTunes
This site contains affiliate links to products. We may receive a commission for purchases made through these links.