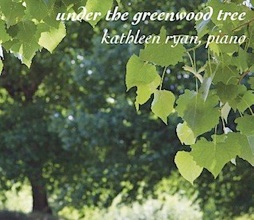 Kathleen's Website Kathleen's Artist Page on MainlyPiano
Album Links
iTunesAmazon (referral)
This site contains affiliate links to products. We may receive a commission for purchases made through these links.
Under the Greenwood Tree
Kathleen Ryan
2009 / Indigo Mesa Music
52 minutes
Review by Kathy Parsons
Under the Greenwood Tree is Kathleen Ryan’s third solo piano release, and it’s my favorite so far. A classically-trained pianist/composer, Ryan’s music has been influenced by a wide variety of musical genres, as well as marbles rolling in an aluminum dishpan and the “polyrhythmic” coin boxes on Providence, Rhode Island buses! And no, those last two influences are not readily apparent in her piano music! Aaron Copland, Gershwin, folk music from the British Isles, Mozart and Schubert are more discernible, but Ryan’s musical voice is uniquely her own. With the creative goal of making the piano “sing” with the expression of the human voice, some of these twelve pieces are lyrical while others are more improvisational; the emotional content is always conveyed passionately and honestly.

The album begins with “Wings On the Breeze,” a musical breath of fresh air. It originally appeared on Ryan’s first album with a different title that she never liked, so this is a lovely reincarnation of sorts. “Sunlit” is one of my favorites. The gentle serenity of the piece is so inviting - like a patch of sunshine when you’d like to take a nap! “Never, Never in These Mountains” is a folk lullaby that Ryan arranged as a piano solo. Slow and relaxed, each verse becomes a variation on the theme, going from quiet to big and powerful and back to peaceful. “Water In a Dry Land” is another favorite. With vivid depictions of the thirsty earth and the water needed to sate it, this beautiful piece is almost cinematic in its visual scope. “The Phoebe Returns” is a piece that overflows with the carefree joy found in sharing life with nature. I also really like “Above The Shining Clouds,” a piece originally composed as a love song. Light-hearted and contented, life really doesn’t get better than moods like this! “Love Like the Earth” went through a long evolution, but Ryan certainly got it right when she was ready to record. Slow and hymnlike, it is almost conversational in tone - a beauty! “How Hope Became Love” is pensive and reflective, slow and heartfelt - and elegantly beautiful. The title track is the closing piece whose title was inspired by a passage from Shakespeare’s As You Like It. Soulful and serene, it paints a lovely picture of the West and the mountains.

Under the Greenwood Tree was certainly worth the wait between albums, and I’d say that Kathleen Ryan has really hit her stride. Check it out at kathleenryan.com and CD Baby. Recommended!
September 16, 2009
Kathleen's Website Kathleen's Artist Page on MainlyPiano
Album Links
iTunesAmazon (referral)
This site contains affiliate links to products. We may receive a commission for purchases made through these links.
More reviews of Kathleen Ryan albums 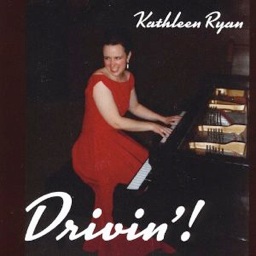 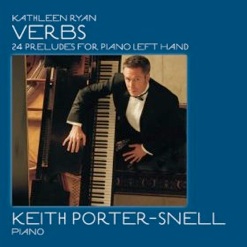 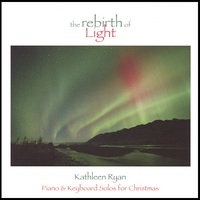 The Rebirth of Light
1997
Holiday Albums