Kelly's Website Kelly's Artist Page on MainlyPiano
Album Links
AmazonApple/iTunesSpotify
This site contains affiliate links to products. We may receive a commission for purchases made through these links.
Revelation
Kelly Andrew
2021 / Journey Music Entertainment
64 minutes
Review by Michael Debbage
From the reflective multi genre wanderlust of Journey, to the epic and bold Epoch Dawn, transitioning to the more subdued ultra smooth jazz of 2016’s Rendezvous, what possibly could Kelly Andrew do next? Well, if you think Epoch Dawn was of epic proportions then think twice as Revelation reveals a musician who is capable of making movie trailer type music bombastic yet bold and beautiful.

The album starts off with the initially slow moving title track that hits overdrive just after the first minute. And if you think this composition moves you, Kelly does it all over again with the deceivingly seductive “Time Untold” only to be followed by the mysterious “Spark Of Life”. Even the somewhat toned down “Humanity” gives you some sort of reprieve from the emotional jugular, nevertheless the African chants and percussion keeps the intensity and dramatic flair close to a ten.

As a dramatic reprieve, you will have to take a walk to and into “The Garden” to find a track that will give you somewhat of a significant interlude from the dramatic bombastic approach only to merge back into the intense musical world of Kelly Andrew courtesy of “Material Sons”. But your true reflective moment comes via “Veil Of Tears” reflecting a somewhat romantic classical piece giving you an opportunity to inhale and catch your breath. It is here that Andrew’s deft touch on his piano along with a melancholy string arrangement that will touch your quieter reflective musical soul. Add the uniquely Asian atmosphere of the appropriately titled “Samaria” and you just about get everything and the kitchen sink in emotional landscapes and soundscapes.

Just when you think that Kelly Andrew has reached his peak, think again. Filled with the dramatically flare of big strings, percussion, cross rhythms and ethereal vocal arrangements, you will be left scratching your head wondering how did he do that. Somewhat in the vernacular of E.S. Posthumus and Thomas Bergersen, the music found here, despite being self produced, reflects not only blockbuster type music but astonishing arrangements and production that you would expect to be accompanied to a large budget movie. But don’t think quick hit trailer music for the jugular, but well arranged song structures that move you through another Kelly Andrew musical adventure. Still, pack your bags and be ready to travel.
November 6, 2021
This review has been tagged as:
Michael's Picks
Kelly's Website Kelly's Artist Page on MainlyPiano
Album Links
AmazonApple/iTunesSpotify
This site contains affiliate links to products. We may receive a commission for purchases made through these links.
More reviews of Kelly Andrew albums 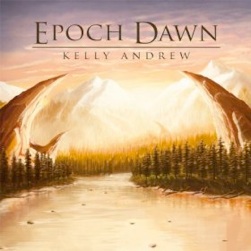