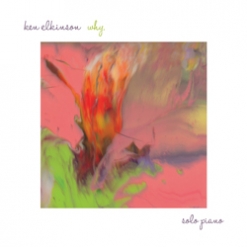 Ken's Website Ken's Artist Page on MainlyPiano
Album Links
Amazon (referral)
This site contains affiliate links to products. We may receive a commission for purchases made through these links.
Why
Ken Elkinson
2016 / August Son Productions
39 minutes
Review by Kathy Parsons
I first encountered Ken Elkinson’s solo piano music when his debut CD, Midnight Conversation, arrived in my mailbox in 1997 for review. Over time and a number of reviews, Ken became a friend and I always looked forward to his ingenious and often laugh-out-loud liner notes and emails as well as his new music. After his 2009 release, Link, there was a pretty big gap between piano albums as Ken’s life became much more complicated as the father of twins and a busy insurance executive. Since creative time had become more rare and the piano makes a lot of noise (at least in the ears of a sleeping child!), he turned to electronic music and has done very well with it. So, it was a really pleasant surprise to hear from Ken recently with the news that he had a new solo piano album, asking if I’d to review it. The sad part of this story is that the music was composed to deal with the loss of Ken’s closest friend and college roommate, Scott Shapleigh, to ALS in 2012. More ambient than melodic, the music is a timeless expression of loss, helplessness, and the bonds that join us as humans. Although the album is for sale on Amazon, Ken is offering it as a free download on his website to honor the memory of his dear friend and to not profit from the loss of his life. Recorded on a Steinway Model M piano in his home studio, this album of nine original piano solos overflows with emotion while searching for the answer to “Why”? I really appreciate this quote from Ken’s promotional materials: “I kept asking myself why this was happening … and I kept getting the same answer. And the answer was that’s just the way it is. In short, that’s Why.”

Why begins with “How,” a slow and very open piece that seems to express the dark and helpless feelings of receiving really bad news and trying to process it. Elkinson uses the damper pedal to create a sense of vast space and solitude. “The Road Behind” could be a nostalgic look back while wondering what lies ahead. Very beautiful and emotionally powerful, I think it’s one of the more affecting pieces on the album. The title track grapples with something we all have to deal with at times in our lives - trying to find a reason for something unexplainable and the emotions we experience before we can accept that something “just is,” that there is no reasonable explanation. “Aftermath” seems to express those feelings of numbness and unreality when tragedy strikes. Again, very open and spare, emotions are laid bare. “Light, Peace” is emerging from the other side with feelings of acceptance, of being able to move forward, and of hope. “What If?” explores another set of questions that can be impossible to answer, but the mood is somewhat calmer and more resolved, bringing the album to a peaceful close.

Ken Elkinson has created a very personal and expressive work of art with Why. The CD is available on Amazon and the download is available for free on Ken’s website. Very highly recommended!

October 20, 2016
This review has been tagged as:
Kathy's Picks
Ken's Website Ken's Artist Page on MainlyPiano
Album Links
Amazon (referral)
This site contains affiliate links to products. We may receive a commission for purchases made through these links.
More reviews of Ken Elkinson albums 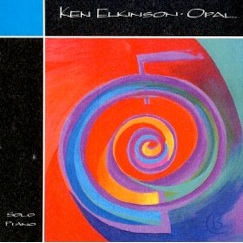 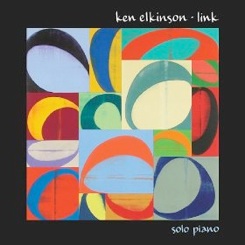 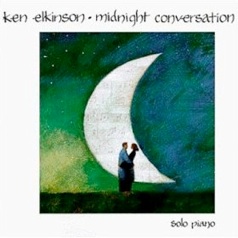