Kendra's Website Kendra's Artist Page on MainlyPiano
Album Links
Amazon (referral)Apple Music/iTunesSpotify
This site contains affiliate links to products. We may receive a commission for purchases made through these links.
Equilibrium
Kendra Logozar
2020 / Kendra Logozar
35 minutes
Review by Kathy Parsons
It’s been seven years since I reviewed Kendra Logozar’s Christmas album, Peace, so it was a very pleasant surprise to learn that she has released a new solo piano album called Equilibrium. I have thoroughly enjoyed Kendra’s previous three albums, but there is something very special about this one. The musical goal of the album was to be understated and elegant, and Kendra certainly succeeded in achieving that! The album was recorded on a Pramberger Young Chang upright piano with a soft flannel fabric resting on the strings to create warmth and softness. The front of the piano’s shell/case was also removed, “exposing the heart of the piano to create a warm and intimate sound.” Many of the fourteen tracks on Equilibrium were co-written with Michael Logozar (Kendra’s husband) who also engineered, mastered and produced the album.

I really like this introductory note from Kendra: “The title and title track Equilibrium were inspired by my own continuous search for balance as I try to find space for all the most important things and let go of good but lesser things. There are so many pulls in life, each claiming our time and energy and it's a constant balancing act to choose where to best invest ourselves. To me music is a mirror and a journal to process what I am learning and feeling in life…”

Seven of the tracks have been released as singles, but I highly recommend the whole album because the pieces all flow together so beautifully, creating a peaceful atmosphere and soothing feelings of warmth and hope - things we all need more of in this difficult and unsettled time. It’s very easy to get lost in this music, something I plan to continue doing even after I finish this review. This album really resonates with me - honesty, a sincere desire to bring peace with her music, and a beautiful spirit come together to make this album an understated masterpiece that I can listen to over and over again - and will! It’s very rare that certain tracks don’t jump out as favorites, but there isn’t a weak piece on this album, and it all works together so flawlessly that I’ll just say that you need to experience the full album and let your soul absorb this very healing music.

Equilibrium is available from Amazon, Apple Music/iTunes and streaming sites such as Spotify. I give it my highest recommendation! 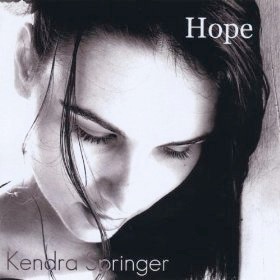