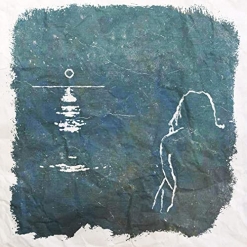 Kostas' Website Kostas' Artist Page on MainlyPiano
Album Links
Amazon (referral)iTunesSpotifyBandcampGoogle Play
This site contains affiliate links to products. We may receive a commission for purchases made through these links.
Memories From a Sea View
Kostas Boukouvalas
2020 / Off
54 minutes
Review by Kathy Parsons
Memories From a Sea View is the second album from Greek pianist/composer Kostas Boukouvalas, following his 2011 debut, Few notes are enough to change the world. The music for Memories From a Sea View was composed during a one-year stay on the island of Crete and tells quite a compelling story. The “savage and mystical environment” as well as the beauty of the island inspired Boukouvalas to compose (originally for solo piano) the twelve “minimal-neoclassical-ambient pieces” that grace the album. A few years after returning to Athens, Boukouvalas arranged the music to capture his moods and experiences from his year on Crete. In addition to piano, Boukouvalas plays synth, various samples and electronics; he also made field recordings that are incorporated into some of the music. Stathis Apostolopoulos plays acoustic and electric guitars, and Matthew Dakoutros plays violin. The colorful titles offer just enough of a suggestion of what the music is “about” to ignite the listener’s imagination without telling the whole story. Several of the tracks are on the quiet side, but a few are bolder and quite lively, painting a more complete picture of the composer’s impressions and experiences of Crete as well as showing his versatility as a composer.

Based in Athens, Kostas Boukouvalas’ music has been utilized in amateur theater performances, short films, commercials and school plays. He has also been a member of various art and electronic music groups. In 2016, he founded “The Last of the Romantics,” an ensemble that performs his music in various art venues in Athens. He is also a primary school teacher.

Memories From a Sea View begins with “Star Dance,” a piece that starts as a poignant and very simple piano solo with a distinctive Greek flavor. Strings enter after about a minute, adding a mysterious yet shimmering element. When a slow but steady rhythm is added on the piano, the piece gradually builds in drama while keeping the melody very simple and evocative. “Imprisoned in a Dream” is much darker. Piano, guitar and various ambient sounds create a mood that is almost mournful. The piano is once again very simple and poignant for much of the piece, but there are a few passages that are much bigger and more dancelike - a fascinating mix of moods and styles. “Sand Paintings” is very fluid and gracefully performed with mostly piano with light strings, guitar, and ambient sounds. A violin solo, “Listening to Bach on the Beach” includes the soothing sound of ocean waves. “Memory Waves” is possibly the most accessible and radio-friendly piece on the album. Upbeat and rhythmic, piano, guitar and synth suggest sea breezes and a peaceful calm. Not surprisingly, “A Little Cancer Attacks” is agitated and uncomfortable. “Far Away But Still Here” is mostly piano and guitar with some synth and feels very much like being lost in thought. Parts of the piece are dreamy and others are more turbulent - intriguing! “Zorba’s Gaze” is an electric guitar solo that is very slow, spare and atmospheric. “Requiem For a Moment” is very still and even more emotional. Piano, strings and subtle effects beautifully express sadness and loss. On the amazing “The Irreversibility of Time” piano and atmospheric sounds create a very slow, dark beginning passage that borders on heartbreaking. At the halfway point, the acoustic guitar enters and the music becomes peaceful and relaxed, perhaps indicating acceptance. The last minute of the album is the sound of ocean waves and sea birds with a very gradual fade out to the end of the album.

Memories From a Sea View is an outstanding piece of musical art and is available from Amazon and iTunes as well as Spotify, Bandcamp and Google Play.

April 27, 2020
This review has been tagged as:
Kathy's Picks
Kostas' Website Kostas' Artist Page on MainlyPiano
Album Links
Amazon (referral)iTunesSpotifyBandcampGoogle Play
This site contains affiliate links to products. We may receive a commission for purchases made through these links.
More reviews of Kostas Boukouvalas albums 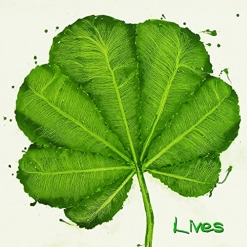