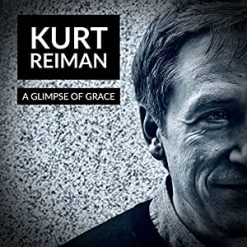 In the liner notes of the CD, Reiman explains his approach: "The world's uncertainties and doubts of the past few years powerfully motivated me to record this, my second album, in the way I'd always heard it: with instrumental and vocal accompaniment.... I hope my own glimpses of grace might help you find yours." While the music is soothing and very beautiful, it is often tinged with melancholy and sometimes loss. It's an exceptional sophomore release and will likely bring many more devoted fans to Kurt Reiman's music.

A Glimpse of Grace begins with "Dawn to Dusk," a very spare, atmospheric and haunting piano solo - a great start! "Quiet Confidence" is a gorgeous, soulful expression of the hope that comes with confidence and optimism - a favorite! "Goodbye for Now," a wonderful piano and cello duet (mostly), expresses deep sadness; Noah Wilding's background vocalizations bring even more poignance to an already very emotional piece, as does Jill Haley's English horn near the end - also a favorite! "Blessings" is the second piano solo and overflows with hope and optimism for better days ahead as well as expressing gratitude for the good things in life. Piano and cello is probably my favorite combination of instruments, and "Dreams of My Return" is an example of why. The first half of the piece is solo piano, setting the bittersweet tone of the piece, and then the cello enters and adds even more heartfelt emotion. Jill Haley always brightens up any project she's working on, and her English horn on "The Way Home" is no exception. Reflective and dreamy, I really like this one, too! The first part of "Pathways" is solo piano, and then Charlie Bisharat enters with his violin and proves once again why he is such a sought-after musician with so many artists. This is my favorite track of the sixteen! "Elegy for Justice" is another favorite. It begins as a piano solo, adding vocalizations and cello about halfway into it - soulful and incredibly beautiful! The quiet, delicate title track includes piano, violin, flugelhorn and serves as something of a musical prayer-without-words. "This Dance," a graceful, uptempo solo piano waltz, expresses the joy of dancing with someone you love. The album closes with a reprise of "Dawn to Dusk," this time a duet with Jeff Oster - both versions are exceptional!

A Glimpse of Grace is an outstanding album from the first note to the last! It is available from Amazon, Apple Music/iTunes, Bandcamp and streaming sites such as Spotify. Both thumbs up!

October 11, 2022
This review has been tagged as:
Latest Reviews
Kurt's Website Kurt's Artist Page on MainlyPiano
Album Links
Amazon (referral)Apple/iTunesSpotifyYouTube VideoAbout Composing video
This site contains affiliate links to products. We may receive a commission for purchases made through these links.
More reviews of Kurt Reiman albums 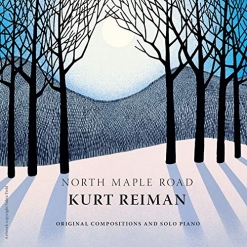