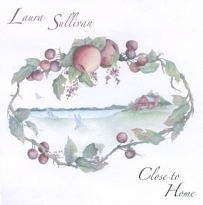 Laura's Website Laura's Artist Page on MainlyPiano
Album Links
Amazon (referral)iTunes
This site contains affiliate links to products. We may receive a commission for purchases made through these links.
Close to Home
Laura Sullivan
2008 / Sentient Spirit Records
41 minutes
Review by Michael Debbage
This review should be prefaced with the fact that had this been the first exposure to Laura Sullivan it would have been an impressive introduction. Close to Home is a complete performance from Sullivan, including vocal presentations on four of the ten tracks. With the exception of some production assistance from her husband Eric, ultimately this is a very complete performance. Unfortunately, none of the compositions are self-penned and are cover versions of past folk songs. Sullivan walks the thorny tight rope of sometimes staying true to the originals and also taking the Monty Python approach of “now for something completely different.”

Though the renditions are not self-composed, Sullivan once again focuses on a loose theme of folk songs whose origins are America and Great Britain. The two most prominent tracks are “Scarborough Faire” initially featured on the Simon & Garfunkel soundtrack The Graduate back in 1968 and the well-known “The Water Is Wide” that also features a prominent vocal rendition from Sullivan. However, the most startling vocal interpretation comes courtesy of the angelic interpretation of the American folk song “Shenandoah”.

From a purely instrumental point of view, seek out the Irish folk song “Spancil Hill” that features Laura’s flirting hands that float effortlessly over her piano. Here you find Sullivan at her best instrumentally, but unfortunately it is the shortest track on the album. With the exception of the previously mentioned “Scarborough Faire” as well as the pleasant “Si Beag Si Mor” the instrumental victories are not frequent enough.

That said, Close to Home is overall successful in its goal and gives the listener a pleasant opportunity to experience Laura Sullivan as a performer. For her diehard fans, this will satisfy them while they wait for an album of new compositions. However, for those of you who have not yet been exposed to the music of Laura Sullivan, you might want to check out the outstanding Mystical America. Hopefully, next time around Laura will focus on a creation with greater production embellishments and, more importantly, her own compositions. Meanwhile, enjoy this album while we eagerly lie in wait.
August 8, 2008
Laura's Website Laura's Artist Page on MainlyPiano
Album Links
Amazon (referral)iTunes
This site contains affiliate links to products. We may receive a commission for purchases made through these links.
More reviews of Laura Sullivan albums 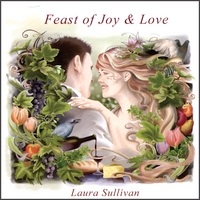 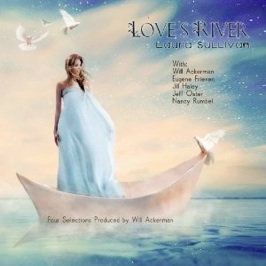