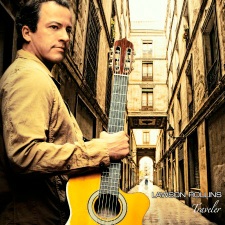 Lawson's Website Lawson's Artist Page on MainlyPiano
Album Links
Amazon (referral)iTunes
This site contains affiliate links to products. We may receive a commission for purchases made through these links.
Traveler
Lawson Rollins
2015 / Infinita Records
61 minutes
Review by Michael Debbage
Lawson Rollins’ prior release Full Circle was a somewhat more stripped down sparser production with a core band in place to support and compliment Rollins’ outstanding performances. While his core band remains, never an artist to stand still, Lawson supplements them with an array of guest musicians with a wealthy return of the horns. Traveler as the title suggests is more in line with the buoyant and worldly themes of his sophomore effort Espirito and while they have some commonality Rollins avoids repeating himself with yet another colorful and impressive recording.

While the horns are not present on the opening title track the enthusiasm and optimism are with the highly melodic and pleasing “Traveler”. The energy is high and sets the tone for the entire album. With the core band already in place Lawson then leaps right into “Barcelona Express” that also features saxophone and trumpets as well as members of Big Bad Voodoo Daddy including Karl Hunter on saxophone, Joshua Levy on piano and production and horn arrangement assistance from Scott Morris. They revisit in various incarnations via the flirtatious “Café Paris” and the enthusiastic “Meeting In Madrid”.

Meanwhile the more restrained melodic “Marching West” features the core band from the Full Circle album in complete tandem with Rollins delicious guitar work. This is in complete contrast to the moodier mid paced “Journey Home” that finely gives you as the listening an opportunity to recover from the fast pace though seven tracks into the album. Similar results can be found on the ominous “Across The Moors”. And just when you thought it was safe to get back in the waters, much like the Espirito album Lawson closes Traveler with the progressive “The Urban Trilogy”. It features the mid tempo “Ancient City” bookended by the lengthier and driven “Metropolis” on the frontend and the breathtaking “City Electric” on the backend and also bringing Traveler to a conclusion.

So it could be said that Espirito and Traveler are distant musical kissing cousins and there would be some truth to that statement. Nevertheless, Lawson Rollins once again keeps the momentum going by tweaking his musical creations with the wanderlust we have come to expect. In spite of this Rollins trademark guitar work is ever present and is the key ingredient to yet another musical statement that is chockablock full of the high quality we have come to expect from Lawson
June 6, 2015
This review has been tagged as:
Guitar musicMichael's Favorites: 2015
Lawson's Website Lawson's Artist Page on MainlyPiano
Album Links
Amazon (referral)iTunes
This site contains affiliate links to products. We may receive a commission for purchases made through these links.
More reviews of Lawson Rollins albums 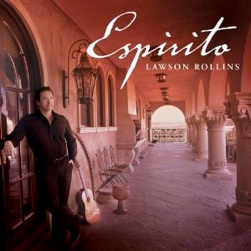