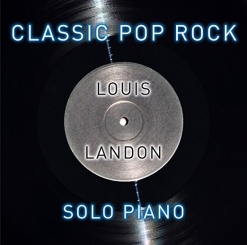 Louis' Website Louis' Artist Page on MainlyPiano
Album Links
Amazon (referral)iTunes
This site contains affiliate links to products. We may receive a commission for purchases made through these links.
Classic Pop Rock Solo Piano
Louis Landon
2017 / Landon Creative
52 minutes
Review by Kathy Parsons
Louis Landon has been on an incredibly productive creative streak for the past couple of years and is showing no sign of slowing down. Classic Pop Rock Solo Piano is Landon’s third release for 2017 and he promises more new music before the end of the year! The vast majority of Landon’s albums have been original music with an occasional cover tune that he has arranged for piano, but this time all twelve tracks are his solo piano arrangements of rock and pop classics, most of which go back to the 1960’s, 70’s and 80’s. Several of these songs are favorites of mine from back then (I know, I’m getting old!!!), which can be kind of dangerous. Can a new take on a favorite old song ever be as good as the original? More often than not, it cannot, but Landon has successfully captured the true essence of these gems while making them his own. Many of the various influences on Landon’s music come into play in this album, from jazz to rock to his own brand of new age. In short, this is a really amazing album that shows what a versatile pianist and arranger Landon is.

Classic Pop Rock Solo Piano begins with John Lennon’s “Across the Universe,” which appeared on The Beatles’ final album in 1969 - a great way to start! Marvin Gaye’s 1971 release, “What’s Going On” has been ranked by Rolling Stone magazine as the fourth-greatest song of all time. Even without lyrics, Landon really captures the powerful emotions in this song, which are just as relevant today. Elton John’s “Your Song” is an old favorite of mine. One of the things I really like about the original is the sincerity and simplicity of the song, and Landon maintains that spirit. He picks up the energy level a bit with his wonderful arrangement of The Beatles’ “Norwegian Wood.” I especially like the interlude in the middle of the song! Otis Redding’s “Dock of the Bay” is one of my absolute favorite songs, and I had serious doubts that Landon could capture the poignant yet breezy quality of the original. I’m happy to say I was wrong! Landon updated his arrangement of “Imagine” (which he often plays in concert) for this album. Bob Dylan’s “Make You Feel My Love” was a big hit for Billy Joel and several other artists, and I love this version - my favorite track on the album. “Purple Rain” has taken on a new meaning for many people since the untimely death of Prince, and Landon’s version is outstanding. The Moody Blues’ “Nights In White Satin” is another all-time favorite of mine, and I’ve always loved David Lanz’s solo piano arrangement, but this one is different from Lanz’s and holds up really well. Love it! “Georgia On My Mind” dates back to the 1930’s, but Ray Charles had the biggest hit with it in 1960 - truly a classic! Landon is true to the original as well as Charles’ version, but has truly made it his own - another highlight! Landon has spent much of his life in New York, so Billy Joel’s “New York State of Mind” has a special meaning for him, making this a great closer to a great album!

Whether or not you remember these songs from the first time around, give your ears and soul a real treat with some of the best songs from the second half of the 20th century performed by one of the best pianists around. Louis Landon’s Classic Pop Rock Solo Piano is available from www.LouisLandon.com, Amazon, iTunes and CD Baby. I give it my highest recommendation!

July 31, 2017
This review has been tagged as:
Kathy's Picks
Louis' Website Louis' Artist Page on MainlyPiano
Album Links
Amazon (referral)iTunes
This site contains affiliate links to products. We may receive a commission for purchases made through these links.
More reviews of Louis Landon albums 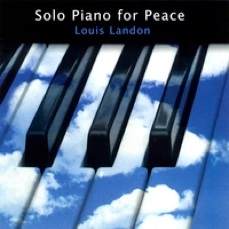 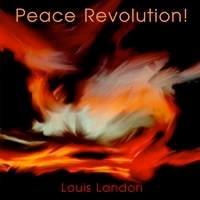 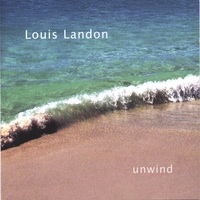