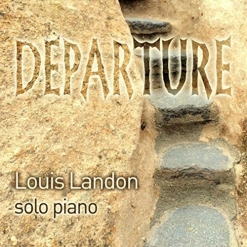 Louis' Website Louis' Artist Page on MainlyPiano
Album Links
Amazon (referral)iTunes
This site contains affiliate links to products. We may receive a commission for purchases made through these links.
Departure
Louis Landon
2017 / Landon Creative
48 minutes
Review by Kathy Parsons
Louis Landon is one of the most prolific composer/pianists in today’s music and Departure is his twenty-third album (and his sixteenth solo piano release). I have reviewed all of Landon’s solo piano albums since unwind (2005) plus his 2015 Native American flute and piano collaboration with Oman Ken, and have always been a big fan of his recordings as well as his live performances. I don’t know how he’s doing it, but I truly believe Landon’s music just continues to get better. After relocating to Sedona, AZ after many years in New York, he seems to have hit is stride and the music just keeps flowing - lucky us as listeners!

A Steinway artist, Landon’s missions are to create a more loving and peaceful world by writing, recording and performing music from the heart; to inspire people to live joyously and passionately; and to awaken and to assist people in healing themselves through music and mentoring. With his background in both classical music and jazz, as well as incredible playing chops, Landon can do pretty much anything at the piano. Most of the music on Departure is on the quiet, peaceful side, but this isn’t ear candy. There is real honesty, compassion, and depth in this music as well as beautifully expressive melodies. The album was mastered by Joe Bongiorno of Piano Haven, and the sound quality is gorgeous.

Departure begins with the title track, a gentle introductory prelude that is both peaceful and passionate. “Learning to Fly” has several passages with a quickly-flowing pattern that rises and falls, going a little higher each time and then soaring at the end - offering a gentle reminder to keep trying. “A Little Kindness” has the soothing warmth of a hug from a friend. I really like “Letting Go and Moving On,” and its expression of optimism and strength. I also really like “Step By Step,” which feels like a song without words with a strong melody and moderately jazzy rhythm. “Respect” is a favorite with its rolling bass broken chords and somewhat mysterious melody. I can’t wait for the sheet music for this one! I also love “Stranger in the Rain,” which has a lively left hand chord pattern and a wistful but contented melody. “Changes” is fascinating and very enjoyable on several levels. It’s a beautiful and evocative piece that includes tempo changes, chord and key changes, major and minor changes, rhythmic changes and more. “Music Box” is my favorite of the fourteen tracks. Upbeat and lively, it joyfully dances around the piano for about 2 1/2 minutes and then slows and comes to an abrupt end - kind of like, well, a music box! “Out of the Ashes” reveals Landon’s jazz roots with an exuberant expression of triumph and perseverance, bringing the album to a euphoric close.

Departure is a very likely candidate as a Favorite Album for 2017! It is available from www.LouisLandon.com, Amazon, iTunes, and CD Baby. Very highly recommended!
May 15, 2017
This review has been tagged as:
Kathy's Favorites: 2017Kathy's Picks
Louis' Website Louis' Artist Page on MainlyPiano
Album Links
Amazon (referral)iTunes
This site contains affiliate links to products. We may receive a commission for purchases made through these links.
More reviews of Louis Landon albums 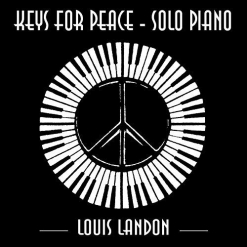 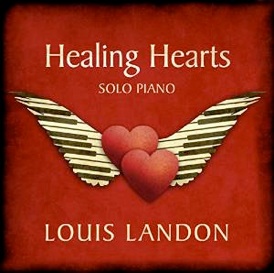