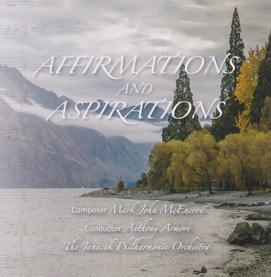 Mark's Website Mark's Artist Page on MainlyPiano
Album Links
AmazoniTunesWirripang
This site contains affiliate links to products. We may receive a commission for purchases made through these links.
Affirmations and Aspirations
Mark John McEncroe
2014 / Wirripang Pty Ltd
69 minutes
Review by Kathy Parsons
Affirmations and Aspirations is a series of three symphonic performances of the music of Australian composer Mark John McEncroe. The performances by The Janacek Philharmonic Orchestra were recorded in The Czech Republic in 2013 and 2014 and consist of “Fanfare Suite” (a four-movement work), and two symphonic poems: “The Passing” and “A Celebration of the Natural World.” Very classical in styling, McEncroe’s orchestral work feels more traditionally-structured than much of his solo piano music, which is strongly influenced by the French Impressionists and seems more fluid and free-form. Of course, if all of the members of the orchestra were playing rubato, a huge mess would result, so this makes perfect sense and is no way a criticism - just an observation! The music was orchestrated by Mark J. Saliba and the symphony was conducted by Anthony Armore.

“The Fanfare Suite” is subtitled “A Celebration of Human Aspirations” and is a reflection on humanity’s “lack of long-term vision and the overall drive toward mediocrity, conformity and political correctness” (quoted from the liner notes of the CD). McEncroe states further: “I wanted to remind people of those human aspirations that seem to have been lost and no longer seem valued in the world we live in today.” The four movements range in duration from a bit longer than seven minutes to 13 1/2 minutes. The first movement is titled “Hope and Optimism” and moves easily from quiet reflection to a lively joyfulness, expressing a variety of emotions and outlooks. The second movement is “Honesty Sincerity and Integrity,” a somewhat darker piece with a graceful flowing quality. The third movement, “Confidence Exuberance and Open Mindedness,” expresses those three qualities beautifully. Sometimes quiet, sometimes more boisterous and effervescent, the piece conveys a broad range of human experience. The fourth movement is called “Joy and Positivity,” and this one almost dances out of the CD player between the quieter passages - my favorite of the four.

The first Symphonic Poem, “The Passing,” and “was written in the mood that one would associate with the passing of a loved one.” Emotionally powerful and very dark, it’s a magnificent piece of music! The second Symphonic Poem, “A Celebration of the Natural World,” is a reflection on “all that was wonderful about the natural world before it is completely destroyed by the poison of human greed and economic rationalism.” At almost 17 1/2 minutes, this is a major work that is both glorious and heartbreaking.

If you like contemporary symphonic music, you will find much to enjoy in Mark John McEncroe’s Affirmations and Aspirations. It is available from markjohnmcencroecomposer.com, Amazon, iTunes, and Wirripang.
June 8, 2016
This review has been tagged as:
Modern Classical
Mark's Website Mark's Artist Page on MainlyPiano
Album Links
AmazoniTunesWirripang
This site contains affiliate links to products. We may receive a commission for purchases made through these links.
More reviews of Mark John McEncroe albums 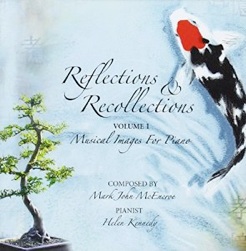 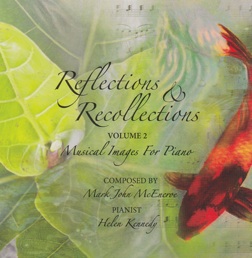 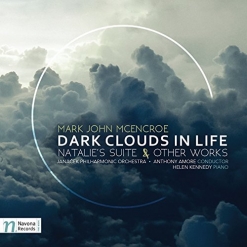