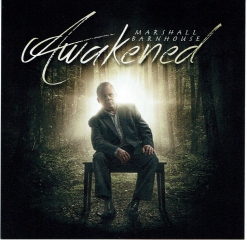 Marshall's Website Marshall's Artist Page on MainlyPiano
Album Links
iTunes
This site contains affiliate links to products. We may receive a commission for purchases made through these links.
Awakened
Marshall Barnhouse
2016 / Marshall Barnhouse
62 minutes
Review by Kathy Parsons
Awakened is the second album from pianist/composer Marshall (Mike) Barnhouse, following his 2012 debut, Meditations of My Heart. Barnhouse became fascinated with the piano at the age of five while watching musicians playing gospel music in his country church. He started lessons at the age of eight and by the time he was ten, he had already started serving as the pianist in his church as well as performing in recitals and at community and school events. A piano major in college, Barnhouse had planned to attend a major music conservatory to earn his Master’s degree, but life and his growing family had to take priority so he had to shelve that plan. Instead, he became a music teacher and a church musician, and continues in those roles today. With his children grown, he is now freer to pursue his dreams as a composer/pianist - lucky us! Barnhouse’s first album showcased his piano and string arrangements of hymns and other favorites, but Awakened features eleven original compositions and his arrangements of three early American hymns, all solo piano. The fourteen tracks are melodic and masterful, reflecting a wide range of emotions and life experiences. There are very strong classical influences, but the music is always accessible and heartfelt. The album was recorded at Piano Haven in Sedona, AZ on Joe Bongiorno’s wonderful Shigeru Kawai grand piano.

Awakened begins with the title track, an expressive and flowing piece that immediately clues you in that Mike Barnhouse is a pianist who really knows what he’s doing and plays from the heart. “Invocation” is very dramatic - sometimes quiet and gentle and sometimes much bigger and more cinematic. I really like “Searching For Home,” a gorgeous piece that expresses deep emotions with power and grace. “Another Chance” becomes lighter and more optimistic and the tender “For Eternity” is an expression of love and promise. “Land of Rest” is an American folk tune that dates back to the early 1800’s and Barnhouse’s arrangement is contemporary while respecting the simplicity of the original. “Longing Heart” is another favorite. It is Barnhouse’s arrangement of the hymn tune originally called “Jefferson.” The simple truth of the poignant melody touches deeply, telling its story while gradually building in emotional intensity. “Under the Stars” casts a magical spell with the right hand often at the upper end of the piano, emulating the beauty of the sparkling stars in a night sky. The deep bass notes and minor key give this impressive piece the feeling of darkness and vast open space - also a favorite.

Awakened is a wonderful second album and should bring Marshall Barnhouse to the attention of a lot more ears and hearts. The album is available from CD Baby and iTunes. Recommended!

August 24, 2016
This review has been tagged as:
Hymn Arrangements
Marshall's Website Marshall's Artist Page on MainlyPiano
Album Links
iTunes
This site contains affiliate links to products. We may receive a commission for purchases made through these links.
More reviews of Marshall Barnhouse albums 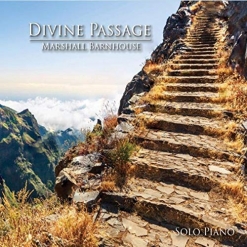 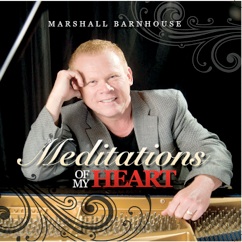