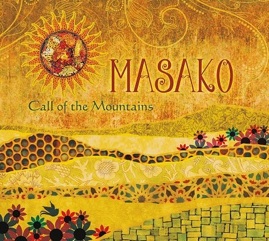 Masako's Website Masako's Artist Page on MainlyPiano
Album Links
Amazon (referral)iTunes
This site contains affiliate links to products. We may receive a commission for purchases made through these links.
Call of the Mountains
Masako
2014 / Masako
59 minutes
Review by Kathy Parsons
Call of the Mountains is the second release from pianist/composer Masako. Equal in beauty to her debut, Masako, Call of the Mountains was also recorded at Will Ackerman’s Imaginary Road Studio in Vermont and features guest artists such as Premik, Noah Wilding, Jeff Oster, Will Ackerman, Eugene Friesen, Tony Levin, and Jeff Haynes on several tracks. Twelve of the sixteen tracks are elegant piano solos that showcase Masako’s poetic playing style as well as her graceful touch. There are many self-taught musicians whose work I dearly love, but when an artist such as Masako steps in with a lifetime of rigorous training, there is a palpable difference and often, at least for me, a much bigger “WOW!” factor. It has nothing to do with showmanship or playing speed (usually), but the effortless command of the instrument to successfully convey whatever that artist seeks to express.

In her liner notes, Masako explains the origins of this new music. Living in the northeastern mountains of the US, she often has reasons to drive south through the Hudson Valley and Catskill Mountains to New York City. The ongoing changes in the mountains, river, and sky keep the drive interesting, and Masako says that whenever she walks in the woods she encounters something special. “This album is a tribute to these mountains that I love.”

Call of the Mountains begins with “Dawn,” a lovely piano solo meant to be both powerful and sensitive and to convey a sense of hope. Masako is successful on all accounts. “Kindness from Strangers” has a graceful flow that expresses “trail magic,” unexpected kindness from total strangers - a favorite! The dreamy “Watching the Clouds” begins as a piano solo and becomes a gentle quartet for piano, wind synthesizer (Premik), guitar (Ackerman), and percussion (Jeff Haynes). I really like this one, too! Masako says that “Reflections” is one of her own favorites and I can see why. Inspired the colors of fall foliage reflected in a pond or lake, the piece is mostly silky smooth with occasional bursts of sparkling color - gorgeous! “Purple Indulgence” was named for the Purple Loosestrife, a beautiful flowering plant that is an invasive plant species that can disrupt native vegetation. Nevertheless, the piece is a tranquil and leisurely flowing quartet for piano, bass (Levin), wind synth, and cello (Friesen). “Wildflowers” is a piano solo with the simple beauty and grace of its inspiration. “Blue Blaze” picks up the rhythm and tempo a bit. Named for the trail markers that help to keep hikers from getting lost on the Appalachian Trail, the piece expresses freedom and a soul-satisfied joy - also a favorite. “Smoky Rain” is more free-form, painting a peaceful aural picture in shades of blue-gray. “Lullaby for the Hills” brings the album to a close with an enchanting trio for flugelhorn (Oster), cello, and piano. Saying that if she had to choose between an urban life always surrounded by friends or an often lonely life in the mountains, she’d choose the latter, the peaceful contentment of this music is expressed to perfection.

Masako is on her way to becoming a leader in the new age piano/contemporary classical genres. Call of the Mountains will be released on January 3, 2014 and will be widely available online. Very highly recommended!
November 26, 2013
This review has been tagged as:
ZMR Winner
Masako's Website Masako's Artist Page on MainlyPiano
Album Links
Amazon (referral)iTunes
This site contains affiliate links to products. We may receive a commission for purchases made through these links.
More reviews of Masako albums 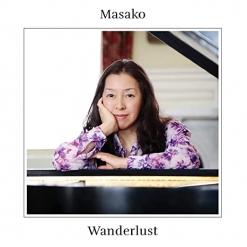 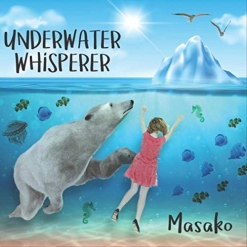 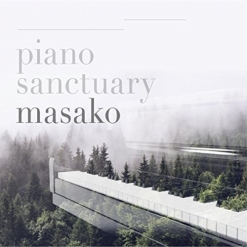