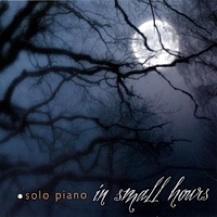 Matthew's Website Matthew's Artist Page on MainlyPiano
Album Links
iTunesAmazon (referral)
This site contains affiliate links to products. We may receive a commission for purchases made through these links.
In Small Hours
Matthew Labarge
2007 / Cynelic Gast Music
49 minutes
Review by Kathy Parsons
In Small Hours, a concept album that starts with the descent of evening and gradually moves through the night, is Matthew Labarge’s follow-up to his 2002 debut, “First Fall Night.” The piano solos on In Small Hours are deeper and more sophisticated than on the first album, and also vary from slow and quiet to more upbeat and vibrant. Using night as an analogy for winter, the album could also follow early winter into the dawn of spring. The recording was engineered and co-produced by Grammy Award-winning engineer Corin Nelsen at Will Ackerman’s Imaginary Road Studio (played on Ackerman’s magical piano!), and was mastered by Bob Ludwig at Gateway Mastering, so the sound quality approaches perfection. Ranging in length from thirty-six seconds to almost six minutes, the music is mostly peaceful and melodic, but there are a few pieces where the tempo and energy are increased substantially. Labarge’s playing is elegant and expressive, demonstrating his considerable classical training. The concept of the album came from years of Labarge listening to his mother play, mostly for friends who would drop by the family home when the boys were supposed to be asleep. Labarge would sneak out of his room and listen intently, amazed at the colors and moods created via the piano, inspiring him to pursue his own piano studies.

In Small Hours begins with “Evening Descends,” which is based on the 16th century melody for the hymn, “We Gather Together.” Played at a relaxed and easy tempo, this familiar piece sounds quite contemporary and new. “Solace 1” is soothing grace set to music, perhaps representing the peace and calm of being at home with loved ones after a long day. “Rhapsody (Moonrise)” is gorgeous! Graceful, elegant, and very passionate, a snippet of “O Holy Night” is seamlessly woven into Labarge’s own melody. “Solace 2” is an abstract, somewhat discordant little vignette that serves as a bridge to “Prelude (Snowing),” which begins darkly and quietly, but has a light, sparkling passage that suggests moonlight on the snow. “Song (Nocturne)” is another brief, freeform piece that changes the scene a bit. “Song (I Can’t Believe I’m the Only One)” has a warm, joyful melody that seems perfectly suited for lyrics. I hear a little bit of James Taylor in this one! “Waltz” is a minor key beauty, graceful and melancholy. “Fantasy” picks up the pace considerably, staying dark and mysterious as it demonstrates Labarge’s considerable piano chops. “Barcarolle (In Small Hours)” goes even darker and deeper - a bit of a nightmare or memories that bring a chill - very effective! “Always Eventually Daybreak” swings the mood back to optimism and a feeling of relief and redemption. “Joyfully” almost leaps out of the CD player as a new day or new spring arrives and everything is fresh and new again. “Peace” follows as the day/season warms - a very quiet, serene piece that brings a sigh of contentment. “Love Song” concludes the night/winter journey with a warm hug.

In Small Hours is a very impressive CD. Five years in the making, the music shows Matthew Labarge’s versatility as a composer and pianist, and should establish him as a major artist in the contemporary piano realm. First issues of the CD include a bonus twelve-minute CD called Five Midnights, which is electronic with some percussion. This CD is available from matthewlabarge.com, amazon.com, cdbaby.com, and iTunes. Highly recommended!
October 8, 2007
Matthew's Website Matthew's Artist Page on MainlyPiano
Album Links
iTunesAmazon (referral)
This site contains affiliate links to products. We may receive a commission for purchases made through these links.
More reviews of Matthew Labarge albums 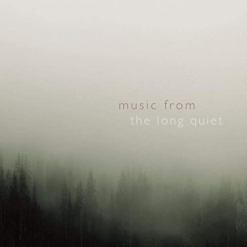 Music From the Long Quiet
2020 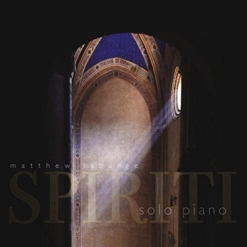 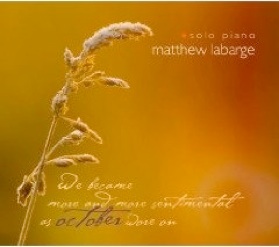