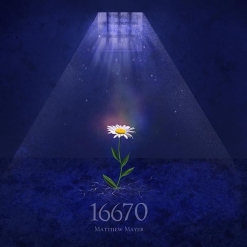 Matthew's Website Matthew's Artist Page on MainlyPiano
Album Links
Amazon (referral)iTunesSpotifyYouTube Video
This site contains affiliate links to products. We may receive a commission for purchases made through these links.
16670
Matthew Mayer
2020 / Matthew Mayer
35 minutes
Review by Kathy Parsons
16670 is a profoundly moving tribute to a man who gave his life for a stranger during one of the darkest periods of modern history. With this collection of eleven original piano solos, Matthew Mayer tells the story (without words) of Rajmund Maximilian Kolbe, a man whose selfless act of love caught Matthew’s attention in his youth and still inspires him today. Very briefly, Kolbe, a highly-educated man with Doctorate degrees in Philosophy and Theology, was arrested by the Nazis and sent to Auschwitz. One night, a prisoner escaped, and as punishment, the Nazis randomly chose ten men to go to a cell to starve to death. One man cried out that he had a wife and children, and Kolbe, already gaunt and weak, stepped forward and asked the Nazis to take him instead. Kolbe was still alive when the ninth prisoner died, so the Nazi’s injected him with poison and then cremated his remains. The title of the album, 16670, refers to Kolbe’s prisoner number. The man that he saved, Franciszek Gajowniczek, survived Auschwitz and spent the rest of his life telling people about Rajmund Kolbe.

In 2015, Matthew Mayer traveled to Poland to learn more about this selfless man and to visit some of the places he lived. It has taken years for Matthew to feel the time is right to set this amazing and inspiring story to music, but what a true work of art it is and what a wonderful way to teach people all over the world about true selflessness and love for a stranger, as well as to keep the memory and spirit of Rajmund Kolbe alive.

16670 begins with the title track, a piece with a simple introductory passage that becomes an intense and quickly-flowing theme for the album. Dark, dramatic and very passionate, it’s a powerful opener. “Glasses” is much quieter and makes me think of several photos I’ve seen of Rajmund Kolbe where he is wearing round, dark rimmed glasses. Looking through the glasses, Kolbe’s eyes are sad but very intelligent. This beautiful piece of music gently expresses the sadness in Kolbe’s eyes. “Simple Humanity” has a repeating motif in the left hand and a quietly understated melody on the right. The deeply emotional “For a Stranger” is almost hypnotic with a rolling broken-chord rhythm supporting a heartbreaking melody. “Philosophy of End” is gently poignant with dark accents in the deep bass of the piano. The much lighter “Vision (Dreams 8)” seems to convey feelings of hope, strength and resolve - and perhaps some deep prayer, as well. “Block 17” refers to the prison cell where Kolbe and Gajowniczek were held and where Kolbe volunteered to take Gajowniczek’s place in a certain death. The quickly-moving intensity of the piece darkens and slows near the end before it trails off. “Block 11” is where Kolbe was left to starve for three weeks. Bleak, hopeless and tragic, I can’t imagine anyone hearing this piece without being deeply moved. From its title, “Kid Rajmund,” I would assume that the closing track imagines Kolbe as a child, full of innocence and promise.

What an amazing musical journey 16670 takes us on, both musically and spiritually. Matthew Mayer has poured heart and soul into this album, and has given the world a very personal and meaningful gift. The album is available for pre-release sales and saves on Amazon, iTunes and Spotify and will be released on August 14, 2020, the 79th anniversary of Rajmund Kolbe’s death. There is a preview video on YouTube as well.

August 14, 2020
This review has been tagged as:
Kathy's PicksZMR Winner
Matthew's Website Matthew's Artist Page on MainlyPiano
Album Links
Amazon (referral)iTunesSpotifyYouTube Video
This site contains affiliate links to products. We may receive a commission for purchases made through these links.
More reviews of Matthew Mayer albums 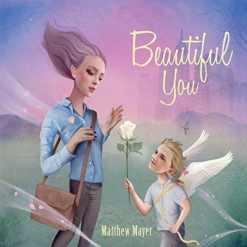 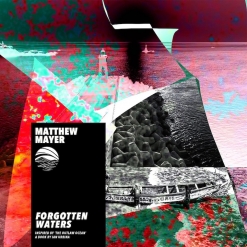 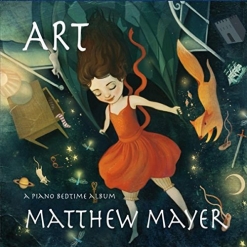