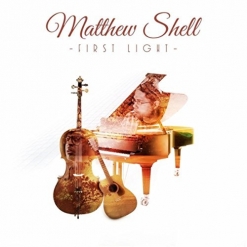 Matthew's Website Matthew's Artist Page on MainlyPiano
Album Links
Amazon (referral)iTunes
This site contains affiliate links to products. We may receive a commission for purchases made through these links.
First Light
Matthew Shell
2017 / Narked Records & MTS Music Productions
66 minutes
Review by Kathy Parsons
There are quite a few rather unusual (but compelling) things about Matthew Shell’s First Light. The first is that the music is the product of a single twelve-hour session. On the day that the music was created, Shell’s wife started a new job and Shell went into the studio to fully explore the range of emotions she was experiencing. Another unusual aspect of the album is that although this is not a concert performance, there are no breaks between the eighteen tracks - they flow from one to the next (except the bonus track at the end). The individual pieces range in duration from 53 seconds to almost nine minutes for a “performance” that lasts a bit more than an hour. Within this jazz opus is a complex arrangement that features seventeen key changes and twenty tempo changes. The music is beautiful, impeccably recorded and often very rhythmic. It is a unique listening experience and one that I have been enjoying immensely.

Executive produced by Arun Shenoy, Matthew Shell handled production, songwriting, arrangement and guitar. Shell is the founder and CEO of MTS Music Productions as well as a music producer, audio production engineer and music business instructor. He has released several albums under his own name as well as collaborations and productions with other artists. Guest artists on First Light include vocalist Kenny Wesley, Nicolas Laget (flute and sax), Vahagn Stepanyan (piano and upright bass), Kenny Darby (Rhodes keyboard) and Curtis McCain (percussion). Although there are vocals on most of the tracks, only Shell’s arrangement of Mel Torme’s “The Christmas Song” has lyrics - the others are vocalizations.

There are too many tracks to mention them all, but I’ll cover a few of my favorites. I love the opening track, “Intimate Awakening,” one of the more piano-driven pieces. Piano, bass and percussion are cool and breezy, but there is an emotional complexity that intensifies as the piece evolves. The flute enters near the end, adding another soulful element as the piece gradually segues into “Euphoria,” another favorite. Laget switches from flute to sax after a couple of minutes and Kenny Wesley’s voice enters and becomes a fifth instrument in the ensemble. Later, the piece changes rather dramatically and slows to a more mysterious, sensuous feeling that melts into “Infinite Love,” a shorter but equally evocative track. Jumping ahead a little bit is “Altered Perspective,” an exhilarating mix of vocals, piano, sax, bass, keyboard and percussion that leads into the smooth and magical “Peaceful Connection.” “The Flavor of Desire” picks up the tempo and intensity, giving Laget plenty of room to soar on both sax and flute. “Romantic Emotion” is a sensual slow dance with piano and sax creating a warm and inviting ambiance. “Dancing In the Rain” is enchanting, slow and relaxed. Even with its under-a-minute brevity, I love “Dare to Live” - some music makes its full impact very quickly! “Actualization Celebration” is one of the longer pieces and is simply gorgeous. Cello (Yoed Nir String Productions) and guitar make a wonderful pairing in this warm and stirring expression of love and contentment that eventually includes most of the ensemble. Shell’s arrangement of Mel Torme’s classic “The Christmas Song” is included as a bonus track. The piece was originally intended as a gift for Shell’s family, but is a lovely closing to the album.

First Light is an exceptional listening experience and I’m looking forward to hearing more of Matthew Shell’s music! It is available from Amazon, iTunes and CD Baby. Recommended!!!
October 3, 2017
This review has been tagged as:
JazzKathy's Picks
Matthew's Website Matthew's Artist Page on MainlyPiano
Album Links
Amazon (referral)iTunes
This site contains affiliate links to products. We may receive a commission for purchases made through these links.
More reviews of Matthew Shell albums 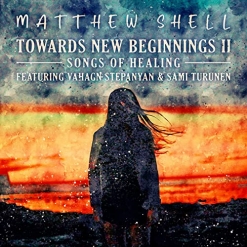 Towards New Beginnings 2: Songs of Healing
2021 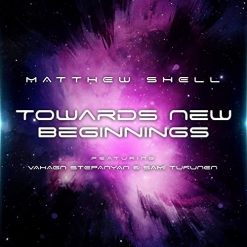 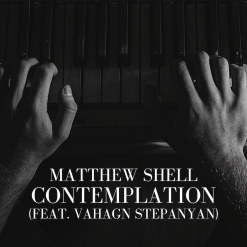