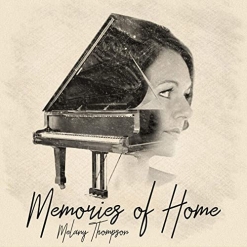 Melany's Website Melany's Artist Page on MainlyPiano
Album Links
Amazon (referral)iTunesSpotify
This site contains affiliate links to products. We may receive a commission for purchases made through these links.
Memories of Home
Melany Thompson
2019 / Melany Thompson
28 minutes
Review by Kathy Parsons
Memories of Home is a beautiful debut solo piano album by Australian pianist/composer Melany Thompson. The album was nominated for “Classical Album of the Year” by SoloPiano,com and I’m sure many awards and nominations are in Melany’s near-future! The eleven original pieces on the album are evocative and heartfelt, telling the story of a young woman’s journey so far as well as her hopes and dreams. One piece has strings, but the other ten are solo piano.

Melany Thompson started piano lessons at the age of four and by the time she was 11, she was performing at the Sydney Opera House in a concert for young performers. Other interests and pursuits got in the way and when she was twelve, Melany put formal piano lessons on hold. She started composing her own music a few years later and studied music at school and university for a short time, preferring to keep music a passionate hobby rather than a profession. She pursued a career in marketing and communications, got married and started a family before returning to music and fulfilling her dream of recording an album of original music. Melany recently released a single called “On My Mind” and is working on her second album, so we will be hearing much more from this very promising new artist!

Memories of Home begins with “Autumn Dancing,” a beautiful piece that overflows with longing and gentle grace - a captivating start that will draw you in. “Dreams” is very ethereal and free, expressing hope and a sense of optimism before ending unexpectedly and fading out - a fascinating piece! The title track has a brighter and more vibrant energy, recounting happy memories of childhood and youth. “Timeless (The Wedding Song)” begins as a solo piano prelude, later adding cello and other strings with feelings of love and tenderness. I really like the restless energy of “Falling” as it travels up and down the piano keyboard. “Running Free” is exhilarating, expressing freedom, excitement, and joyful abandon. I can almost feel the wind brushing through my hair! Another favorite, “Tears of an Angel” expresses sadness as well as compassion and empathy. The nostalgic, “A Life Time Ago” is a poignant reflection on years gone by and what was lost along the way. “Lucy’s Lullaby” beautifully expresses the warm and tender love for an innocent child as she gently falls asleep - also a favorite. Deeply emotional and mournful, “Fallen” conveys loss and heartbreak in the way that only music can and is both personal and universal. “New Life” brings the album to a peaceful close with the wonder and joy of new life - a sweet ending to an exceptional first album!

Memories of Home is available from Amazon, iTunes and Spotify.
March 30, 2020
This review has been tagged as:
Debut AlbumsKathy's Picks
Melany's Website Melany's Artist Page on MainlyPiano
Album Links
Amazon (referral)iTunesSpotify
This site contains affiliate links to products. We may receive a commission for purchases made through these links.
More reviews of Melany Thompson albums 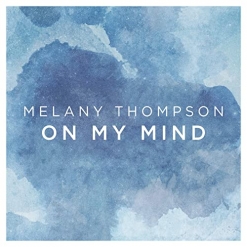