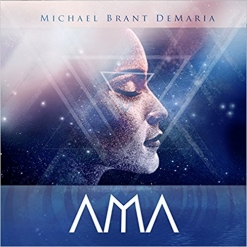 Michael's Website Michael's Artist Page on MainlyPiano
Album Links
Amazon (referral)iTunes
This site contains affiliate links to products. We may receive a commission for purchases made through these links.
Ama
Michael Brant DeMaria
2018 / Ontos Music
57 minutes
Review by Kathy Parsons
Ama is the deeply personal yet universal story of the passage from one form of life to the next, told in the language of music by a devoted son who accompanied his mother on that journey over a three-year period. Michael Brant DeMaria has enchanted, soothed and healed us with his music for nearly a decade now, but this is his most profound music to date. Often very ethereal and ambient, Ama is ideal for massage, yoga, meditation or any time you need to let go and flow again. In addition to being a four-time Grammy nominee, DeMaria’s last five albums have gone to #1 on the Zone Music Reporter’s charts and he has won seven ZMR awards including “Album of the Year” for his 2010 release, Gaia. A multi-instrumentalist and composer, DeMaria is also an integrative psychologist, Yoga/meditation teacher, sound healer, and author with several books and plays to his credit.

Ama means “water” in Cherokee, “mother” in a dozen languages, and “love” in Latin, Italian and Spanish. The album is based on more than thirty years of research into sound healing. Referring to the spiritual journey he took with his mother, DeMaria explains: “I was drawn to the deep places it took me and how I found and discovered a luminosity in the darkness and a timeless, deathless love that sustains me still.” All ten tracks on the album were produced, composed and performed by DeMaria and the album is the fifth release from the Ontos Healing Sound Project. Native flutes, piano, guitar and keyboards/synths explore and chronicle the journey in musical colors that range from deep blues and purples to brilliant white.

Ama begins with the title track, which starts with a very open and ambient piano solo before adding ethereal synth effects, chanting, and Native flute. Often shimmering and mysterious, it very effectively sets the tone of the album. “Night Voyage” goes much darker, but is not threatening or tragic. Rhythmic and percussive yet ethereal and very smooth, the piece expresses the feeling of sailing on dark waters on a starless night. In “Stella Maris,” the tone lightens considerably as the voyage becomes guided by a bright star. “Lost,” while very calm and peaceful, is about being lost in the darkness, adrift, and yet feeling at home. Flute, guitar and piano are hypnotic, soothing and profoundly beautiful. “Beyond the Veil” is the music of transition, of approaching death and letting go, and the music is very ambient. “Between the Worlds” is also ambient, but the haunting flute gives it wings while keeping it grounded. A simple piano melody returns in “Renascence,” a piece about death and rebirth to a new, ageless body. Feelings of discovery, mystery and peace are conveyed. “Arrival” is the end of one journey flowing into a new one free of pain, sorrow and loss.

What an amazing work of art it is that Michael Brant DeMaria is sharing with the world, offering hope and healing to all who will take the time to listen. Ama is available from www.MichaelDeMaria.com, Amazon, iTunes (pre-order) and CD Baby (1/1/18). It is currently available for pre-order from Amazon. Very highly recommended!

December 19, 2017
This review has been tagged as:
Kathy's Picks
Michael's Website Michael's Artist Page on MainlyPiano
Album Links
Amazon (referral)iTunes
This site contains affiliate links to products. We may receive a commission for purchases made through these links.
More reviews of Michael Brant DeMaria albums 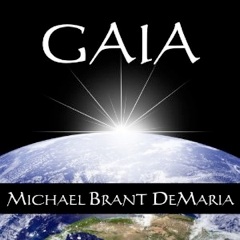 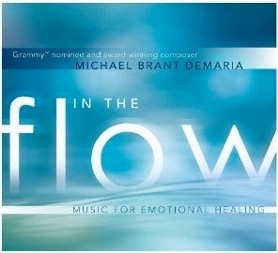 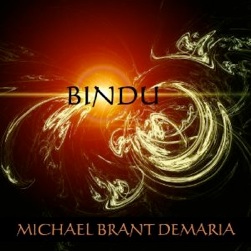