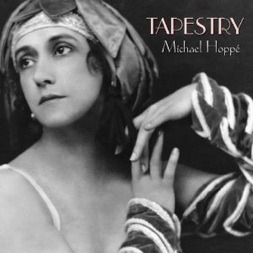 Michael's Website Michael's Artist Page on MainlyPiano
Album Links
Amazon (referral)iTunes
This site contains affiliate links to products. We may receive a commission for purchases made through these links.
Tapestry
Michael Hoppé
2010 / Spring Hill Music
46 minutes
Review by Kathy Parsons
With the release of Tapestry, Michael Hoppé has once again bestowed upon the world a recording of stunning beauty and incredible emotional depth. Hoppé has been one of my very favorite artists since I first discovered his music in 1998, and he seems to just keep getting better with each new release. Hoppé has created a trademark of sorts by including photos taken by his grandfather, E.O. Hoppé, to illustrate the music. This time, in addition to the photos in the twenty-page booklet, there are poems written for each piece by Therese Tappouni AND a video short film, Nous Deux Encore, which Hoppé scored. The British-born and Grammy-nominated Hoppé has released at least seventeen other albums over the past twenty or so years and is one of the most well-respected artists recording today. Several of his earlier albums were recorded with other artists including Tim Wheater (flute), Martin Tillman (cello), and Joe Powers (harmonica), and he has also collaborated on spoken-word albums with artists such as Michael York and Tim Wheater. Over the past several years, Hoppé has realized a life-long dream by recording several of his compositions with The Prague Symphony. While Hoppé’s music is very calming and soothing, it is much too nuanced and evocative to relegate to background music. Although I have listened to Tapestry at least ten times, I keep pausing while writing about it to drink in the beauty of the music.

Tapestry begins with the sweeping “Prairie Moon,” a piece we were given a sneak-preview to on last year’s Nostalgie. This time it is fully realized by The Prague Symphony, painting landscapes of gently blowing grasses, endless skies, and nostalgia for a simpler life. Violinist Alyssa Park appears on three tracks, the first of which is “Sanctuary.” With Hoppé’s ethereal keyboard washes behind the soulful violin, peaceful warmth envelops the listener. “Maxie’s Theme from Nous Deux Encore” features Mitsuki Dazai on koto. Oboe and guitar create an unusual but spellbinding trio. Strings are added, but the koto carries the enchanting melody from start to finish. “Moonflower,” for piano and keyboard, is simply gorgeous in its elegant simplicity. “In Paradisum” is the only vocal piece, and features contralto AnDee Sanchez, whose graceful voice reaches right into your soul. “Impromptu” is the first of three piano solos, all of which are perfect in their simplest form. I love all twelve tracks on this album, but I think “Tears and Roses” is my favorite. It also appeared on Nostaglie, but this time it’s a soulful duet for violin (Alyssa Park) and guitar. Joe Powers makes another appearance on “Embers,” again demonstrating that the harmonica can be so much more than a campfire instrument. “Pastoral” is a shimmering symphonic masterpiece presented (this time!) on keyboards. Reflective and oh so peaceful, it makes me wonder why Michael Hoppé isn’t a household name. Tapestry closes with the solo piano “Grace” - tender, honest, and gently embracing.

I tell you, albums just don’t get any better than this one. I’ve reviewed some incredible music this year, but this CD just takes my breath away. Tapestry is available from Amazon and iTunes. I give it my highest recommendation. Bravo, Michael!
September 27, 2010
This review has been tagged as:
Kathy's Favorites: 2010
Michael's Website Michael's Artist Page on MainlyPiano
Album Links
Amazon (referral)iTunes
This site contains affiliate links to products. We may receive a commission for purchases made through these links.
More reviews of Michael Hoppé albums 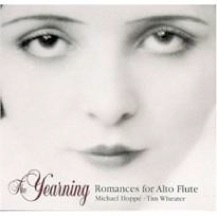 The Yearning
with Tim Wheater
1996 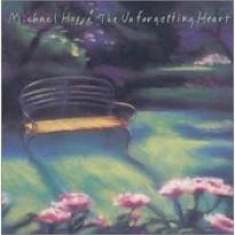 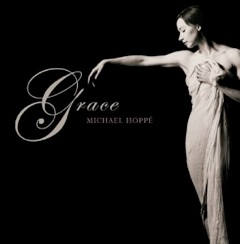