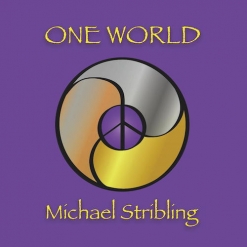 Michael's Website Michael's Artist Page on MainlyPiano
Album Links
Amazon (referral)iTunes
This site contains affiliate links to products. We may receive a commission for purchases made through these links.
One World
Michael Stribling
2019 / Leela Music
57 minutes
Review by Kathy Parsons
I’ve been reviewing Michael Stribling’s music for many years and he always has something deep and profound to say with his music. With One World, he takes us on a global tour of musical cultures and traditions while emphasizing what we have in common rather than what makes us different. Whether it is strongly rhythmic or gently ethereal, all people can reach a mutual understanding through music - a lesson the entire world needs to adhere to as soon as possible. Spread the word! The fifteen original pieces on the album cover a wide range of styles and instrumentation and could be Stribling’s best album yet.

In his own life, Michael Stribling has taken some seemingly unrelated paths, which only adds to the richness of his music. He started piano lessons at the age of seven, picking up several other musical instruments along the way. He earned a Bachelors in Music (emphasis on percussion performance) and then went on the road playing drums for Johnny Mathis. He also performed in jazz bands, philharmonic orchestras, played in many musical theater productions, and did lots of studio work as a performer, composer, arranger, producer, engineer, etc. Several years later, he went to graduate school and became a licensed marriage and family therapist, working in the mental health field for many years. He eventually decided to return to music, but this time doing his own music rather than working for other musicians. One World is Stribling’s eleventh album. Several of his earlier releases have reached the Top 5 of Zone Music Reporter’s Top 100, and two have won awards for Best Electronic Album. I’m sure One World will do just as well, if not even better.

The album begins with the title track, an expansive piece that combines distinctive characteristics of several musical traditions and blends them into one beautiful, unified entity. Earthy, upbeat and vibrantly alive, you’ll be drawn in very quickly! “A Gathering Of The Elders” features Native American chants over an ambient electronic background and driving drums - big, bold and very exciting! “Shaolin Garden” is much more exotic and peaceful. “Aboriginal Campfire” has a crackling fire in the background as didgeridoo and drums carry on a playful musical dialog with additional instrumental accompaniment. “Barcelona Nights” is gently rhythmic, pleasantly energetic and slightly mysterious - I really like this one! “Persian Night Caravan” is drums and percussion over an ambient background. “African Marketplace” is another favorite. Joyful and carefree with a strong beat and exotic instrumentation, this one almost dances out of the music player! “Marching Through Manhattan” is lively and playful with a strong jazz influence. The rhythm in “Black Forest Cuckoo Shop” sounds like the workings of a ticking clock. It isn’t obvious at first, but listen closely - it’s there. Flutes and various keyboard sounds come together to make this playful little piece an absolute joy! “Gaia Weeps” brings us around to a reality check. (Gaia is the ancestral mother of all life and the primal Mother Earth goddess.) A simple piano pattern and quiet electronic sounds offer a compelling wake-up call. “One Planet, One People” is a gentle call for unity, compassion and understanding. “Benediction (Prayer For World Peace)” brings this excellent album to a solemn and very beautiful close.

Michael Stribling’s albums are always about positivity, love and taking care of our planet. I always welcome new albums from him and the messages they bring. One World is available on Amazon, iTunes and CD Baby. Samples are available on http://leela-music.com/.

August 17, 2019
This review has been tagged as:
Kathy's Picks
Michael's Website Michael's Artist Page on MainlyPiano
Album Links
Amazon (referral)iTunes
This site contains affiliate links to products. We may receive a commission for purchases made through these links.
More reviews of Michael Stribling albums 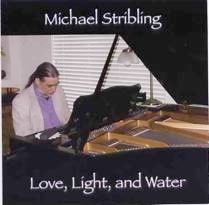 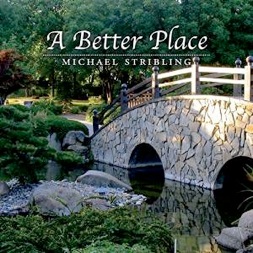 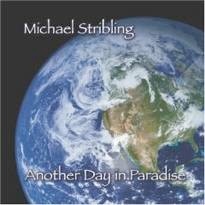 Another Day in Paradise
2007