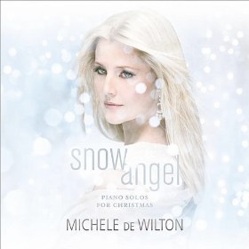 Michele's Website Michele's Artist Page on MainlyPiano
Album Links
Amazon (referral)iTunes
This site contains affiliate links to products. We may receive a commission for purchases made through these links.
Snow Angel
Michele de Wilton
2011 / Michele de Wilton
50 minutes
Review by Kathy Parsons
Snow Angel is a collection of sixteen original and traditional carols and songs that encompass the holidays from Thanksgiving to New Year’s Eve, arranged for solo piano and recorded on a restored 1909 Steinway Model B concert grand by Michele de Wilton. All of the pieces reflect a dreamy, freely-flowing warmth that holds the album together as a unit while depicting different aspects of the holidays and winter spirit. There are a total of five de Wilton originals on the album, including a live bonus track of “The Ice Maiden,” which appeared on her debut album, Myths and Legends. Overall, the music is very peaceful, played simply and gently, telling the stories of the holidays with musical notes rather than words. de Wilton makes effective use of tempo rubato to vary the timing of the familiar songs and give them a slight edge.

Snow Angel begins with “Thanks,” obviously referring to Thanksgiving. Joyful and optimistic, it’s a lovely start. “Angels We Have Heard On High” is often given a bold and exuberant treatment, but de Wilton’s is as delicate as a whisper, played with a single-note melody line and an arpeggiated accompaniment. “Snowfall” is the first of the de Wilton originals and is a favorite. Cascading notes played in the upper registers of the piano convey the sparkling beauty of snowflakes falling at different speeds from a slow, easy drift to a flurry. “O Come, O Come Emmanuel” is often pitch black and haunting, but de Wilton’s arrangement is much lighter and a bit faster than usual, giving it a more joyful lilt. “Waltz For Gerda & Kay” pays homage to the Hans Christian Andersen fairy tale, “The Snow Queen.” A slow mournful waltz, it’s another lovely original. “In the Bleak Mid-winter” is a carol that has caught the fancy of many artists over the past several years, and de Wilton’s interpretation is spare, allowing the beautiful melody to speak for itself. “Good King Wenceslas” is the first Christmas song many children learn when they start piano lessons, and this version is sweetly innocent and absolutely charming. “Winterbluegreen” appeared on de Wilton’s Daydream album earlier this year and was inspired by the poem, “Blue Winter” by Robert Francis. Slow, simple, and crystalline, it’s a lovely addition to this album, too. Some of the other traditional carols that are included are “O Holy Night,” “God Rest Ye Merry, Gentlemen,” “What Child Is This?” and “Silent Night.” For New Year’s Eve, de Wilton’s “Auld Lang Syne” is wistful and nostalgic. The live bonus track of “The Ice Maiden” ends the album with a nod to a Norse myth about a frost goddess - a lovely closing.

If you are looking for some quiet, peaceful Christmas music, Snow Angel is a good choice. It is available from Amazon, iTunes, and CD Baby.
December 1, 2011
This review has been tagged as:
Holiday Albums
Michele's Website Michele's Artist Page on MainlyPiano
Album Links
Amazon (referral)iTunes
This site contains affiliate links to products. We may receive a commission for purchases made through these links.
More reviews of Michele de Wilton albums 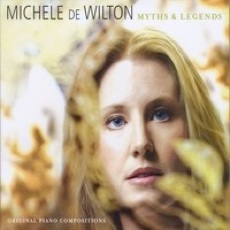 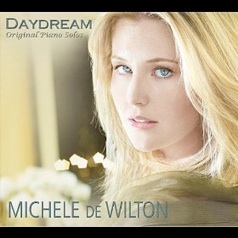