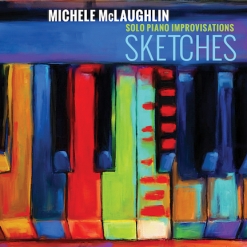 Michele's Website Michele's Artist Page on MainlyPiano
Album Links
Amazon (referral)SpotifyApple/iTunesSongbook Review
This site contains affiliate links to products. We may receive a commission for purchases made through these links.
Sketches
Michele McLaughlin
2020 / Michele McLaughlin Music
45 minutes
Review by Kathy Parsons
Sketches is pianist/composer Michele McLaughlin’s twentieth solo piano album since her 2000 debut, Beginnings. One of the most popular pianists in the solo piano genre, Michele’s music has had more than 1.3 billion streams on Pandora radio and she is one of the few solo pianists to be featured in Rolling Stone magazine (both in print and online). Not too shabby for someone who quit piano lessons as a kid because they “took all the fun out of playing”! Michele considers her music to be something of a diary or journal that tells her story and offers glimpses into her soul. I think it’s that openness and honesty that makes her music so appealing and accessible to listeners of all ages. There is nothing forced or artificial and that sincerity communicates so well, from one heart to another.

The thirteen tracks on Sketches are either improvisations composed on the spot while recording or favorites from Michele’s “Monday Morning Improvisations” series on YouTube. She relearned those and then allowed them to evolve as they were recorded. Michele recorded the album at her home studio on her 9’ Fazioli concert grand and then had Joe Bongiorno at Piano Haven master and engineer the music. I think Sketches is one of Michele’s best albums to date!

Sketches starts with “At First Sight,” a lively but somewhat mysterious minor-key waltz. Both dark and playful, it’s a great opener! “Hope” begins in the upper range of the piano keyboard with a wistful sense of longing. Very quiet and gentle, the emotions expressed are transparent and uncomplicated. “One Life” is an expression of the warmth and beauty of being in love and sharing life with someone. Waiting for something or someone can be very trying and frustrating, but the piece titled “Waiting” describes patience even in the face of uncertainty. Poignant and haunting, it’s one of my favorites. Lively and upbeat, “The Traveler” evokes feelings of excitement and adventure. “Farewell Little Love” comes from a place of heartbreak yet expresses warm best wishes. As the title suggests, “Forever Yours” is a love song, pure and simple. I love the gentle rocking rhythm of “The Right Choice” and the feelings of support and reassurance the piece conveys. “The Long Night” is very slow and melancholy, like those nights when sleep won’t come - another favorite. “Relief” begins and ends with a series of very slow chords with a beautifully flowing middle section that expresses the relief Michele felt when she was finally able to move into her new home. “Home At Last” feels more settled and I’m sure it’s something of a continuation of “Relief, only more contented and rested. Sad and almost mournful to furious, “Lost” expresses powerful emotions and feels cathartic - music has such power to heal. The piece ends with a resolving major chord, so the music must have worked its magic! “Unshakeable” is determination and resolve set to music. The quick tempo and passion expressed make it a great closing to this excellent album!

The release of Sketches is great news for Michele McLaughlin’s many, many fans! It is available from www.MicheleMcLaughlin.com, Amazon, Apple Music/iTunes and many streaming sites like Spotify, Pandora and Bandcamp. There is also a companion songbook and individual pieces of sheet music that can be downloaded from Michele’s site.
December 4, 2020
This review has been tagged as:
Whisperings 2020 Album of the Year Nominees
Michele's Website Michele's Artist Page on MainlyPiano
Album Links
Amazon (referral)SpotifyApple/iTunesSongbook Review
This site contains affiliate links to products. We may receive a commission for purchases made through these links.
More reviews of Michele McLaughlin albums 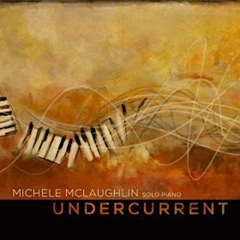 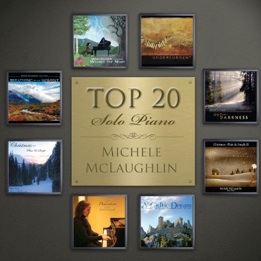 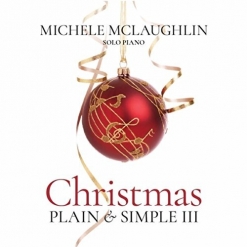