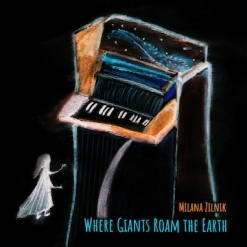 Milana's Website Milana's Artist Page on MainlyPiano
Album Links
Amazon (referral)iTunes
This site contains affiliate links to products. We may receive a commission for purchases made through these links.
Where Giants Roam The Earth
Milana Zilnik
2018 / Milana Zilnik
61 minutes
Review by Kathy Parsons
Milana Zilnik’s Where Giants Roam The Earth tells the imaginary story of a year-long journey to The Land of the Giants. Milana’s versatility as a composer/pianist really shines in this collection of fourteen original piano solos that range from jazz to new age to rock and neo-classical. The colorful emotional expression that runs through the music goes from very dark to bright and spritely and everything in between as it tells the story of anticipating the journey, meeting the Giants, finding “The Piano A Big As a Tree,” seasonal changes, missing home, and more. The actual journey that inspired the story took place in 2015 when Milana traveled to Germany to “meet” the biggest upright piano in the world (until this year), which was built by David Klavins and is nicknamed “The Giant.”

Milana tells the story of the album in her own words: “There is a distant land far far away, where giants roam the Earth and music flows as a river. I was lucky to visit that land where pianos grow big as trees, where composer's fantasy meets the magnificent musical reality and the sounds wrap in their enchanting veil. Coming back from that fantasy, I brought its music with me: powerful yet gentle, haunting yet bright and full of life, melodic and turbulent. I invite you to the dream, where giants roam the Earth.”

The album begins with “Invitation to the Dream,” a beautiful prelude that goes from softly mysterious to a sweeping dance-like feeling and back to the softness of the beginning. The title track has the left hand mostly in the dark, deep bass of the piano as the right hand swirls freely in the higher notes. “Summer Tale” brings a light and carefree innocence to the story - a favorite! “The Piano As Big As a Tree” is the piece that Milana improvised when she first “met” The Giant in Germany. It was originally recorded on a camcorder and was transcribed when she returned home so it could be recorded properly. The piece captures the magic of discovery as well as the feeling of “floating amidst the ocean of sounds” - also a favorite. “Autumn Tale” is somewhat darker than its summer counterpart with its easy grace and relaxed tempo. “Haunted Waltz” is the perfect title for this mysterious bluesy/jazzy dance - gorgeous and very expressive! “Winter Tale” makes me think of sitting at a window watching it snow while imagining sparkling fairies dancing among the snowflakes. I really like “Walking Away,” a slow somber piece that expresses deep emotion and perhaps regret. “Solitude” is very reflective and is something of a pianistic soliloquy that expresses sadness and loneliness. “Spring Tale” becomes much lighter as it celebrates rebirth and renewal. The bright and lively “Catching Up” has a free-flowing energy that is positively infectious. “Coming Home” effectively expresses excitement and anticipation at returning home after the year-long journey to Land of the Giants - a great closing to a great adventure!

Where Giants Roam The Earth is available from Amazon, iTunes and CD Baby. Fellow pianists will be delighted to learn that a companion sheet music book is also available. Both are highly recommended!
September 24, 2018
This review has been tagged as:
Kathy's Favorites: 2018Kathy's Picks
Milana's Website Milana's Artist Page on MainlyPiano
Album Links
Amazon (referral)iTunes
This site contains affiliate links to products. We may receive a commission for purchases made through these links.
More reviews of Milana Zilnik albums 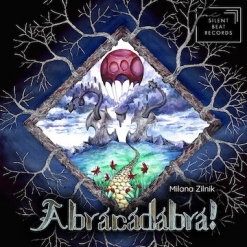 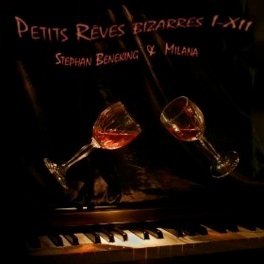 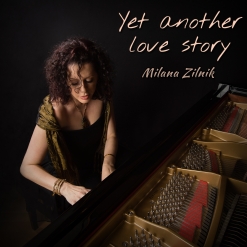