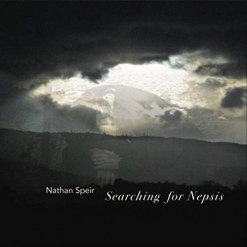 Nathan's Website Nathan's Artist Page on MainlyPiano
Album Links
Amazon (referral)iTunes
This site contains affiliate links to products. We may receive a commission for purchases made through these links.
Searching For Nepsis
Nathan Speir
2019 / Neptic Music
57 minutes
Review by Kathy Parsons
Searching For Nepsis is Nathan Speir’s twelfth album to date. Speir composed the eight pieces on the album and performed them with a variety of instruments that include Speir’s baby grand piano, cello, violin, singing bowls, electric bass, acoustic guitar, wind chimes, “lite” synthesizers, duduk, cajon and programmed cymbals - impressive! This album has been categorized as “ambient chamber music.”

Speir explains the meaning of “nepsis” in the liner notes: “Nepsis is an important idea in Orthodox Christian theology, considered the hallmark of sanctity. It is a state of watchfulness or sobriety acquired following a long period of catharsis.” He continues: “This album is about the search for inner beauty and truth amidst life’s many transient distractions. Why? Because, speaking for myself, I’ve found that serious things can bring great joy.” It is interesting to note that the title track, clearly the centerpiece of the album, has an intentional duration of 20 minutes and 20 seconds and is as a meditation on the approaching new decade (2020).

Speir began playing the piano at the age of eight and completed his first full composition when he was twelve. In his teen-age and college years, he spent much of his time studying and practicing world religions, which broadened his creative and personal perspectives. Speir earned a Bachelor’s Degree in Music Theory and Composition in 2004 from Palm Beach Atlantic University and founded his own label, Neptic Music, in 2016. Originally from Southern California and raised in Florida, Speir currently resides in Winston-Salem, North Carolina and is raising his family there.

This is the fifth album of Nathan Speir’s that I’ve reviewed and they have been very different from each other. Some have been solo piano and some have been multi-instrumental, with several that I thoroughly enjoy. While I appreciate all of the tracks on Searching For Nepsis, some are a bit too ambient and experimental for me. I do like “Into the Night,” which is mostly piano with electric bass guitar and lots of reverb. Very warm and atmospheric, it creates a very peaceful mood. “Forest Lights” was released as the first single from this album and is also very calming. It includes more instrumentation than some of the other tracks - drums, strings, piano, electric guitar, etc. - and has a magical quality I really like. “Stars Float In Shadows of Glory” has a repeated acoustic guitar passage that keeps the piece drifting along, accompanied by wind chimes, a synth organ sound and “space music” atmosphere - an interesting combination of styles and instruments! “Morning Twilight” is very open and peaceful with bass and acoustic guitars, cymbals, and piano. As the piece evolves, it becomes more complex, anticipating the dawning of a the new day.

Searching For Nepsis is available from www.NathanSpeir.com, Amazon, iTunes and CD Baby as well as many streaming sites.
May 12, 2019
Nathan's Website Nathan's Artist Page on MainlyPiano
Album Links
Amazon (referral)iTunes
This site contains affiliate links to products. We may receive a commission for purchases made through these links.
More reviews of Nathan Speir albums 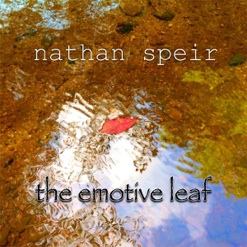 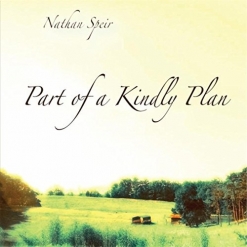 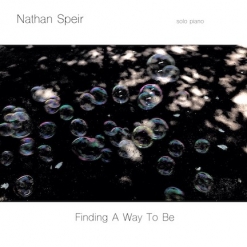