Neil's Website Neil's Artist Page on MainlyPiano
Album Links
Amazon (referral)iTunes
This site contains affiliate links to products. We may receive a commission for purchases made through these links.
After The Rain
Neil Tatar
2017 / Tatar Associates
49 minutes
Review by Michael Debbage
This review has been long overdue and the delay is not as a result of a lack of enthusiasm for this very impressive follow up from Neil Tatar. Frankly there are times when reviewing instrumental music can be very challenging. There are no lyrics and on many occasions the recordings are very one dimensional with either the piano or the guitar focus. So what category does After The Rain fall under? Both and even more as Neil Tatar bring his equally talented piano and guitar playing and alternates with many of Ackerman’s A Team session players making his sophomore solo effort as strong as his debut.

While trying to pick out any favorites on this all around solid album is a very difficult task due to the strength of Tatar’s songwriting abilities, what is also noticeable is the sequence of the songs. The album includes ten songs that alternate with Tatar on piano and guitar, as previously mentioned, but he also effectively contrasts his musical adventures. This is done with great effectiveness with more reflective stripped down arrangements sitting next to fuller embellished songs, but never outlandish. That said, the closer “Sidewalk Jam” is probably the liveliest which is in contrast to many artists that conclude their albums in a more reflective manner. As a result the album never loses your attention.

Tatar never goes it alone and throughout the album collaborates with likes of Charlie Bisharat on violin, Premik Russell Tubbs on sax, Jeff Oyster on flugelhorn, Eugene Friesen on cello, Jill Halley on English Horn and the ethereal wordless vocals of Noah Wilding on four of the ten tracks. Even producer Will Ackerman makes an appearance on the guitar on two of the tracks. So needless to say After The Rain showers you with one appearance after another from session musicians that are clearly on top of their game.

Despite all of the above name dropping and collaborating let’s make sure we understand that without the songs, arrangements and performances of Neil Tatar this album would not stand out the way it does. Needless to say, expect to be showered not sprinkled with another impressive musical experience from Tatar. Even with the surprise element of his solo debut gone, After The Rain is another very strong and impressive recording.


August 11, 2018
This review has been tagged as:
Michael's Favorites: 2018Michael's Picks
Neil's Website Neil's Artist Page on MainlyPiano
Album Links
Amazon (referral)iTunes
This site contains affiliate links to products. We may receive a commission for purchases made through these links.
More reviews of Neil Tatar albums 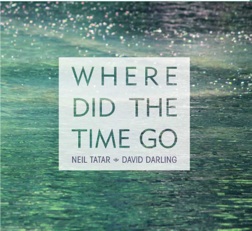 Where Did the Time Go
with David Darling
2013
ZMR Winner 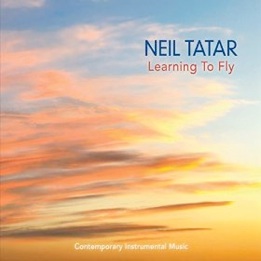