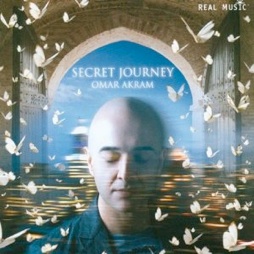 Omar's Website Omar's Artist Page on MainlyPiano
Album Links
Real MusicAmazon (referral)iTunes
This site contains affiliate links to products. We may receive a commission for purchases made through these links.
Secret Journey
Omar Akram
2007 / Real Music
53 minutes
Review by Michael Debbage
After Omar's last release, Free As A Bird, this musician became a force to be reckoned with. Secret Journey gives us the one-two combination hit that reflects a musician that is in full stride creating compositions laced with unbridled passion and poised grace. Rooted in world themes and layered in smooth jazz and new age influences, Omar’s music has become distinct yet highly accessible. This album has all the ingredients to be not only a chart topper but also a critic’s darling for 2007.

Returning musicians from Omar’s prior success story include violinist Charlie Bisharat, guitarist Ramon Stagnaro, and on the wind instruments Pedro Eustache. New musicians on board are Ardeshir Farah on guitar and Ron Wagner on ethnic percussion. Most importantly there is Gregg Karukas on drums and behind the production board bringing life, warmth and immaculate detail propelling us on Omar’s Secret Journey.

Instrumentals always have to overcome the lack of lyrics to make their story strong and distinct. But every now and then there are certain songs that are so powerful visually that words can be unspoken. Who remembers David Foster’s tearful “Love Theme From St. Elmos’ Fire” or Yanni’s optimistic “Everglade Run”? As such, Omar’s Secret Journey begins with such a song courtesy of “Run Away With Me” that would add elements from both (mostly the former), slowly building in detail and pace that by the time you get to the chorus your toe will be tapping and your pulse racing. Utterly uplifting and fluid this particular song has the ingredients of a hit single. Turn this powerhouse up!

So how do you reduplicate “Run Away With Me”? You don’t, as Omar shifts gears with his mid-paced moody yet exotic title track emphasizing the mystical world with an off beat bass line that will vibrate your soul. Charlie Bisharat is prominent and as always and does a stellar job in bringing style and elegance to the composition.

The mid tempo melancholy themes are prominent throughout the album but always trimmed in hope and optimism as reflected by tracks such as the Yanni influenced “Whispers In The Moonlight” and the mysterious “Mirage”, this track featuring Pedro Eustache on his wind instrumentation. Intermingling with Omar on piano and Ardeshir Farah on guitar, it is a wonderful blend of West meets Middle East.

In contrast, there are a few exceptionally reflective moments which begin with the mid tempo ballad “Shimmering Star”. Once again, interaction is the name of the game this time with Omar, Bisharet and Ramon Stagnaro (on guitar) creating soft and warm musical conversation. But from an introspective point of view the album winds down with the simple yet stunning ballad “Angel Of Hope”. It is here that Omar takes the lead on his grand piano with Bisharat adding mild embellishments. With no percussion to speak of Omar brings the Secret Journey to a peaceful and tranquil end.

Omar Akram stated that “…we need to embrace aspects of each culture that make them unique and special”. Secret Journey expounds on this philosophical statement boldly integrating several musical cultures. With elements of world, new age and smooth jazz he creates a rich harmonic musical tapestry that has become synonymous with his recordings. Omar has outdone himself exceeding his exceptional Free As A Bird. If not already done, his latest masterpiece will place Omar on the elite list. From that aspect his own secret journey is over. Omar has arrived.
July 7, 2007
This review has been tagged as:
Michael's Favorites: 2007Michael's Top 30 for the Decade (2000-2009)
Omar's Website Omar's Artist Page on MainlyPiano
Album Links
Real MusicAmazon (referral)iTunes
This site contains affiliate links to products. We may receive a commission for purchases made through these links.
More reviews of Omar Akram albums 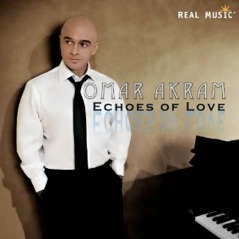 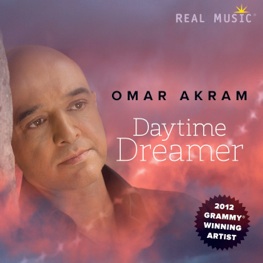 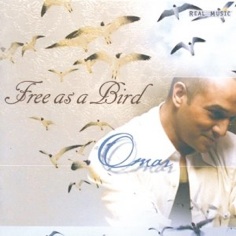