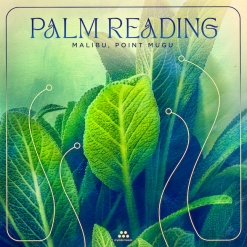 Palm Reading's Website Palm Reading's Artist Page on MainlyPiano
Album Links
myndstreamAmazon (referral)Apple/iTunesSpotify
This site contains affiliate links to products. We may receive a commission for purchases made through these links.
Malibu: Point Mugu
Palm Reading
2021 / myndstream
16 minutes
Review by Kathy Parsons
Malibu: Point Mugu is the first release by the duo known as Palm Reading. Skooby Laposky and Charles Copley have created a fascinating three-track "location" that combines synthesized electronic music generated by plants and recorded using a biodata sonification device (hang on, I'll explain!) as well as ambient field recordings of nature and original acoustic guitar accompaniment. The project was inspired by plant life, the natural environment, and the traditions of ambient and mindfulness music. Each release will be called a "location" with the intended purpose of giving plants a voice and to inspire sustainability and action to protect the ecosystems around us.

I had never heard of a biodata sonification device, so I did some digging around on the internet. There are several different types of devices, but here is a basic explanation of how they work:

Two electrodes are connected to the leaves of a plant. By measuring microcurrent fluctuations occurring across the surface of a leaf, a biodata sonification device generates MIDI notes when a change in conductivity is detected, allowing a user to listen into the invisible biological processes occurring within plants. Tiny changes in electrical conductivity are measured between the electrodes and fed into a programmable microcontroller. Changes are detected using averages and standard deviation calculations which turn on LEDs and produce MIDI notes and control changes. The circuit used to detect biological galvanic conductance is similar to a simple lie-detector. (reference: www.electricityforprogress.com)

The first track is "White Sage (Salvia apiana)." In addition to the very ambient plant sounds, there are the sounds of ocean waves, sea birds and a relaxing ambient acoustic guitar. The plant sounds are similar to a keyboard/synth playing long tones and occasional shorter ones. The soothing guitar definitely adds to the musicality of the piece, but it is easy to listen more deeply and hear the sound of the plant on its own. Fascinating! The second track is the much shorter "White Sage (Salvia apiana) Interlude" which is mostly guitar and plant sounds, but includes ocean sounds in the background. Track 3 is "Laurel Sumac (Malosma laurina)." Very subtle and soothing, this music is made even more hypnotic with the sounds of the ebb and flow of ocean waves and gentle guitar strumming.

I have to admit that this is one of the more unusual projects that I've reviewed, but it is truly amazing and I look forward to hearing more "plant-based" music! What a fascinating process! Malibu: Point Mugu is available from myndstream.com, Amazon, Apple Music/iTunes and streaming sites like Spotify. Don't miss it!!

August 13, 2021
This review has been tagged as:
Debut Albums
Palm Reading's Website Palm Reading's Artist Page on MainlyPiano
Album Links
myndstreamAmazon (referral)Apple/iTunesSpotify
This site contains affiliate links to products. We may receive a commission for purchases made through these links.
More reviews of Palm Reading albums 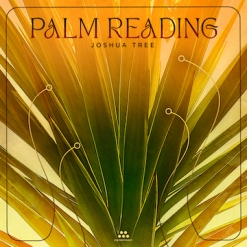