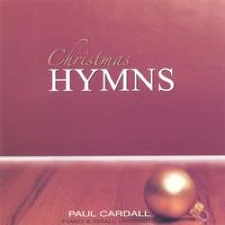 Paul's Website Paul's Artist Page on MainlyPiano
Album Links
Amazon (referral)iTunes
This site contains affiliate links to products. We may receive a commission for purchases made through these links.
Christmas Hymns Vol. 1
Paul Cardall
2004 / Stone Angel Music
Review by Michael Debbage
It is no hidden secret that despite the underrated recognition of this very fine artist, this reviewer has championed on the stellar work of Paul Cardall. And this album gives every reason to continue this trend. While the album focuses on the more well know hymns of Christmas, Cardall takes the time to remind us of the real reason for Christmas. Instead of focusing on the festive aspect, Cardall pays homage to the faithful perspective of the Holidays.

Back in 1997, Paul released the cd The Christmas Box on the Narada label. This particular project effectively intermingled traditional Christmas hymns and carols alongside original compositions. While the spirit of the record was Christmas, it was one of those rare holiday offerings that could be played essentially anytime of the year. It comes with great pleasure that Christmas Hymns Volume 1 continues to hold up this fine reputation.

While the mix of the songs is low key and reverent, it is never dull or boring. Cardall continues to use his fine cast of musicians that have appeared on his last few albums. They include Joshua Waldon on guitars, Jonathon Shults on bass and Randy Herbert on some nominal percussion embellishments. Steven Sharp Nelson on cello delivers the most distinct musical appearance. His soft yet luxuriant cello arrangements when mingled with Cardall’s delicate touch of the piano ebony and ivory keys makes for many magical moments.

Those magical moments begin immediately with the wondrous “Jesu, Joy Of Man’s Desiring”. Nelson is so prominent on this track that the cd credits him as the featured artist. Cardall ends the album in equally divine style with the lesser-known French carol “Il Est Ne, Le Divin Enfant” (He Is Born, The Holy Child). Though there are some duplicated songs that were previously featured on “The Christmas Box”, Cardall does not photocopy his efforts and creates a different slant on his arrangements. One effort revisited is the splendid and sophisticated Austrian carol “Still Still Still” bringing to mind the theme of a ballerina girl. Otherwise, move onto the very original preparation of “We Three Kings” that is in a class of its own.

In conclusion, borrowing from the liner notes of the artist himself, Cardall states that “Amidst the hustle and bustle and stress of last minute shopping and endless parties we need time to relax and remember why it is we commemorate the season.” Yes, Cardall effortlessly reminds us with elegance and grace that “He is the reason for the season” and that alone makes this album a wonderful success.

December 1, 2004
This review has been tagged as:
Holiday AlbumsMichael's Favorites: 2004
Paul's Website Paul's Artist Page on MainlyPiano
Album Links
Amazon (referral)iTunes
This site contains affiliate links to products. We may receive a commission for purchases made through these links.
More reviews of Paul Cardall albums 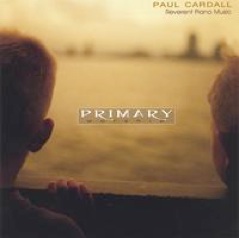 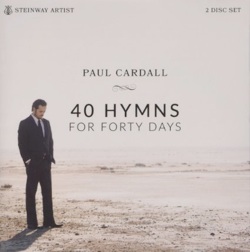