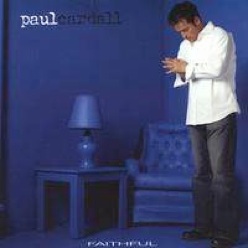 Paul's Website Paul's Artist Page on MainlyPiano
Album Links
Amazon (referral)iTunes
This site contains affiliate links to products. We may receive a commission for purchases made through these links.
Faithful
Paul Cardall
2003 / Stone Angel Music
Review by Michael Debbage
Webster's dictionary defines "faithful" as being loyal, reliable and honorable. I cannot imagine a more appropriate title for this project. While the disc is faithful to the fluid melodies that he has become famous for, Cardall has also stepped out in faith and experimented with some spatial and electronic themes that draw parallels with Vangelis and Mars Lasar. But never at the expense of lacking the warm and human touch that has become synonymous with this artist.

Since 1996, Paul Cardall has been excelling in soothing piano instrumental music when he released his impressive full-length freshman effort Sign Of Affection. Since then, each project has been a stepping stone in musical exploration, but none have been as daring as this leap of faith. Though the David Lanz influence continues, this is geared more toward his style when collaborating with Paul Speer. Add a dash of the eerie electronic themes of Vangelis and Mars Lasar and the effects are dramatic.

That said, the dramatic approach is not one that hits you across the head. I would not be true to myself if I did not express my initial reservations when I first heard the album. This was not the Paul Cardall that I had come to know and love. Yet each time that I allowed the music to live and breath, the listening experience became a gradual metamorphosis from a hard-working caterpillar to a beautiful colorful butterfly spreading its wings floating effortlessly while it dances on the air.

For those of you that desire the safe haven and solace that Cardall brings to his music keep in mind that he has not deserted this musical style. There are many inlets and safe harbors available here and none more appropriately titled than the track "Sweet Escape." This melancholy track is elegant and exudes class, featuring Cardall integrating his piano work with the some of the best cello work I have heard since David Darling's duets with Michael Jones' on the album Amber. This time the cello is credited to Steve Nelson who appeared briefly on Cardall's prior release Miracles.

Equal to the task is the restraining but poignant "A BLUE world" which is probably the starkest track on the album. It features Cardall on the electric piano minimizing his embellishments, complimented by Joseph Waldron's flowing but conservative guitar work. Meanwhile, "Sacred Nature" follows a similar path this time with cello trimmings that brings to mind "Abraham's Theme" from the Vangelis soundtrack Chariots Of Fire.
So one might ask "Where is the experimentation as this sounds like a typical Paul Cardall album?" In contrast, we have the startling title track that opens the album. The introduction includes electronic spatial themes that proceeds some lovely piano work, which would be more familiar territory. And just when you think it's safe again, Waldron provides us with a bold guitar solo similar to that found in the Carpenters' song "Goodbye To Love." The delivery is not over the top but in the context of this composition, it makes a very audacious statement.

Another daring move by Cardall is the Latin influenced "Danza Del Amour" that includes some soulful guitar work from Waldron. Along with producer Jonathon Shults, they are partially responsible for Cardall's impressive arrangements. Frankly, the collaborations surge much like the impressive work that David Lanz and Paul Speer became renowned for. I can only hope that this is the beginning of a long and prosperous relationship.
Those of you that were thrilled with the British Airway commercial that featured the Yanni arrangement of "Aria" will be chuffed with the operatic vocals revealed on "Eye To Eye." Though a little more tepid in its tempo, it nevertheless is an equally stirring experience. Probably the most experimental tracks are "The Noise" and the closer "Less Complicated" that both include an assorted use of drum loops and percussion. The former even has voice sampling to increase the dramatic effect.

I am sure everyone remembers that wonderful quote of Neil Armstrong, when man for the first time stepped onto the moon. If I could paraphrase that quote I would say that this album is "One step for Paul Cardall, one giant leap for Paul Cardall listeners." The question is whether his fan base will be faithful and allow time for this landmark album to seep in. I hope so, as the journey is quite an adventure and the view is quite remarkable.
February 1, 2003
This review has been tagged as:
Michael's Favorites: 2003
Paul's Website Paul's Artist Page on MainlyPiano
Album Links
Amazon (referral)iTunes
This site contains affiliate links to products. We may receive a commission for purchases made through these links.
More reviews of Paul Cardall albums 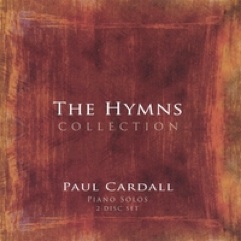 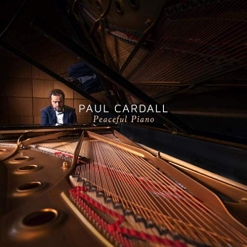