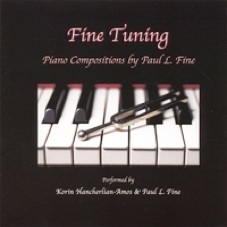 Paul's Website Paul's Artist Page on MainlyPiano
Album Links
iTunesCD Baby
This site contains affiliate links to products. We may receive a commission for purchases made through these links.
Fine Tuning
Paul L. Fine
2006 / Paul Fine
72 minutes
Review by Kathy Parsons
Fine Tuning is pianist/composer Paul Fine’s debut recording, and contains twenty original pieces composed between 1972-2006 that reflect on many different people and events in the composer’s life. It is interesting to note that it is difficult to tell which pieces were composed earlier in life, as it is often quite apparent. Paul Fine and Korin Hancherlian-Amos played the music for the recording, and it isn’t apparent when there is a switch in pianist - the transitions are seamless. For the most part, Fine’s composing style is very classical, hinting at some of Mozart’s and Haydn’s lighter pianistic moments. Not all of the pieces are light, but since Fine is a practicing physician and an associate professor at the University of Michigan, I suspect that the piano is a great source of relaxation and de-stressing for him. The pieces are melodic and structured, and include waltzes, lullabies, a couple of rags, and other assorted confections.

Fine Tuning opens with “A Dance With Karen,” an elegant eight-minute piece composed for the composer’s wife in honor of the many evenings they have spent ballroom dancing. The graceful musical line is full of loving warmth and evokes visions of ladies in long sweeping dresses and debonair gentlemen guiding them around the dance floor. “Anticipating Derek” was composed on the day Fine learned he was going to become a father for the first time. Effectively blending joy, wonder, excitement, and a touch of fear, this is a deeply personal musical statement. “Singing to Benjamin” is a passionate beauty composed for Fine’s second son. Composed in two sections, the first was written in honor of his birth, and the second came a few months later and seemed to magically calm the baby when he was upset. I really love this piece! ”Saku’s Smile” is joyful, carefree, and full of innocence. Another one of my favorites is “Post-Lubrication Axle Mechanics,” one of the rags. Beginning with a rather whimsical scale, it segues into a lively, rhythmic romp. I love ragtime piano, and this is a great piece that sounds like fun to play. I also really like “Dreams of Children,” which was begun when Fine was ten years old and completed for this album. Introspective and full of longing, it is quite a bit darker than most of the other pieces and deeply emotional. “Haydn Seek” is an energetic and lighthearted 42-second piece composed in a style similar to Haydn’s - charming! “Tammi’s Wedding Waltz” is a lovely, graceful dance composed for a very special day. “Chasing Butterflies” is as light and carefree as its title implies, swirling and leaping through the air, laughing all the way. “Rabbit Ragtime” closes the album with a toe-tapping grin. Great stuff!

Fine Tuning is a delightful debut, and I hope we’ll be hearing more from Paul Fine. If you enjoy the structure of classical music with a contemporary approach, this will be a happy addition to your collection. Song samples can be found and purchases made at cdbaby.com and iTunes.com. Enjoy!
March 27, 2007
This review has been tagged as:
Debut Albums
Paul's Website Paul's Artist Page on MainlyPiano
Album Links
iTunesCD Baby
This site contains affiliate links to products. We may receive a commission for purchases made through these links.
More reviews of Paul L. Fine albums 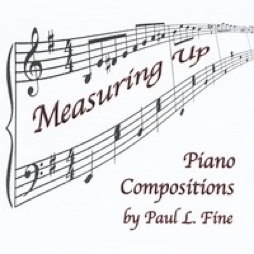 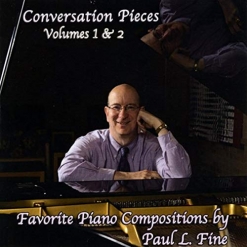 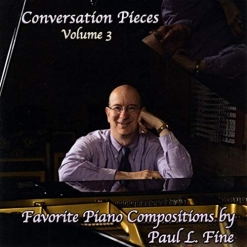