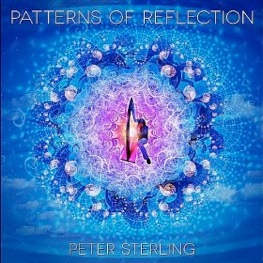 Peter's Website Peter's Artist Page on MainlyPiano
Album Links
Amazon (referral)iTunes
This site contains affiliate links to products. We may receive a commission for purchases made through these links.
Patterns of Reflection
Peter Sterling
2012 / Harp Magic Music
57 minutes
Review by Kathy Parsons
Patterns of Reflection is harpist Peter Sterling’s twelfth recording over a period of eighteen years, but I have to admit that this is the first time I’ve heard one of his much-honored CDs all the way through. The story of how Sterling came to the harp is nearly as interesting as his music. During a time when he was living outdoors in Sedona, Arizona’s Red Rock Canyons, spending countless hours at its sacred vortex sites practicing yoga and meditation amid the brilliant scenery and vast silence, Sterling experienced a vision of angelic beings in a heavenly choir surrounding him. In this vision, Sterling saw himself strumming a harp and allowing divine music to flow through him. Music had never been a driving force in his life, although he played piano, flute and guitar by ear. A week later, Sterling met a harpist who was selling a Celtic harp. He bought the harp and had one brief lesson, and then returned to the canyons where he prayed to the heavens that the music of the harp would flow through him. Almost immediately, he began to strum chords and play simple melodies as if his hands instinctively knew what to do. His first album, Harp Magic, came along ten months later and was nominated for the Naird Indie Award for Best String Album of 1994.

Patterns of Reflection was born out of Sterling’s personal journeys “into the realms of radiant light and celestial sound” that he has been exploring since the harp came into his life. Without a specific destination in mind, Sterling allowed inspiration to flow through his improvisations, “surrendering to the great unifying force of the cosmic sound current.” He then worked for a year adding other instruments and layers to the original harp music. Sterling appears on electric harp, keyboards, native flute, and vocals. Several guest artists also appear, including Dov on violin, Richard Hardy on wind instruments, Bruce Becvar on guitar, and William Aura on bass.

All sixteen tracks on Patterns of Reflection are of a very peaceful and calming nature with some pieces quite melodic and others more ambient. The soothing sounds of the harp are optimistic and uplifting, allowing the cares of the day to disappear for a while. The music also provides a warm and comforting background for working, studying, reading, or simply relaxing. It is ideal for meditation and spiritual exploration as well.

Patterns of Reflection is available from harpmagic.com, Amazon, iTunes, and CD Baby. Recommended.
April 23, 2012
This review has been tagged as:
Other Solo Instruments
Peter's Website Peter's Artist Page on MainlyPiano
Album Links
Amazon (referral)iTunes
This site contains affiliate links to products. We may receive a commission for purchases made through these links.
More reviews of Peter Sterling albums 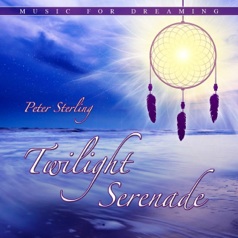 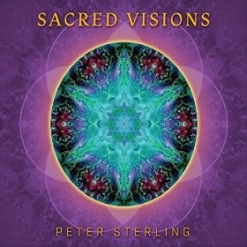 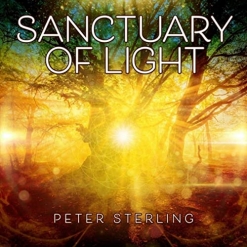