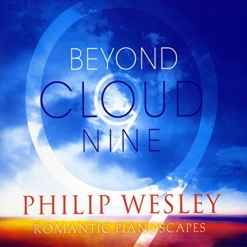 Philip's Website Philip's Artist Page on MainlyPiano
Album Links
Amazon (referral)iTunesCD Baby
This site contains affiliate links to products. We may receive a commission for purchases made through these links.
Beyond Cloud Nine
Philip Wesley
2016 / Autumn Music Productions
60 minutes
Review by Kathy Parsons
It has been two years since Philip Wesley’s last album, Transcend, and Beyond Cloud Nine is quite different. Wesley’s previous seven albums were all solo piano and this one includes strings and other instrumentation performed by The Dreamworld Symphony. The piano is front and center throughout the album, but the orchestral additions add a new dimension to Wesley’s music. The other big difference from his previous albums is that Beyond Cloud Nine is much lighter and more romantic, with most of the pieces composed in major keys. Don’t get me wrong, this album isn’t all sunshine and rainbows, but it is an interesting change in direction for this pianist/composer who has been known for his darker and more brooding music since his 2003 debut, Finding Solace. Two years in the making, the album was recorded at Dreamworld Productions on a Schimmel grand piano, and was produced, engineered, and mastered by Doug Hammer - a musical genius in his own right! Pianists will be happy to know that there is a companion sheet music book and individual downloads for all sixteen pieces on the album. Only the piano parts have been transcribed - you don't need to hire a small orchestra to make this music sound good!

Beyond Cloud Nine begins with “Falling For You,” a soft and dreamy piece that could be subtitled “Floating On Cloud Nine.” Piano and strings beautifully blend to set the romantic mood. The light and ethereal “Sweetest Dream” is a deep sigh set to music. “Firefly Light” ups the tempo a bit, but is still very much on the delicate side. The notes in the treble end of the piano have a sparkle while the background strings gently swirl and flow - a favorite. “Love’s Crush” sounds more like the Philip Wesley we know. A bit darker and more passionate, it’s a favorite, too. The accompanying cello is gorgeous, as is the piano, of course! The title track is a duet for piano and cello - my favorite combination of instruments - and sounds like a warm and happy daydream. David Lanz has had a strong influence on many contemporary composers, and I hear a bit of his romantic music in “Day We Met.” “Summer Fields” suggests the movement of a warm breeze lazily blowing through tall grasses - an image I always enjoy! “Push Pull” begins very delicately and freely in the upper registers of the piano - almost fragile. In the second half of the piece, strong notes from the deep bass of the piano give the piece weight and a feeling of determination. I really like this one, too! “Infinite” would be lovely in a magical movie soundtrack. The flowing broken chords, haunting wordless vocals, and poignant melody make this piece especially memorable. “Ripple Across Time” returns to a more powerful and dramatic playing style that calms as it winds down, closing the album gently and peacefully.

Philip Wesley has been one of the most popular pianist/composers in the new age genre for quite awhile now, so it’s brave and commendable that he is taking his music in a somewhat different direction. For new listeners and fans alike, it’s a very pleasant journey and shows us a different side of Wesley’s compositional growth and style. Beyond Cloud Nine is available from PhilipWesley.com, Amazon, iTunes, and CD Baby. Recommended!
November 18, 2016
Philip's Website Philip's Artist Page on MainlyPiano
Album Links
Amazon (referral)iTunesCD Baby
This site contains affiliate links to products. We may receive a commission for purchases made through these links.
More reviews of Philip Wesley albums 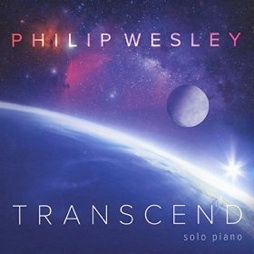 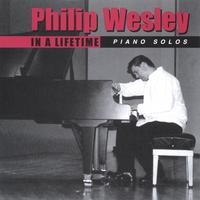 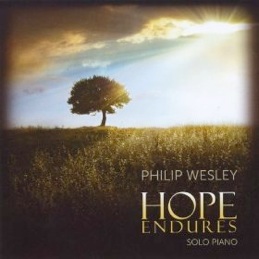