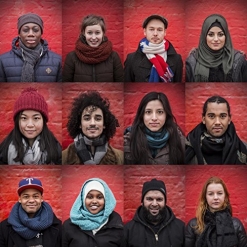 Psychic Equalizer's Website Psychic Equalizer's Artist Page on MainlyPiano Hugo's Website Hugo's Artist Page on MainlyPiano
Album Links
Amazon (referral)iTunes
This site contains affiliate links to products. We may receive a commission for purchases made through these links.
The Lonely Traveller
Psychic Equalizer and Hugo Selles
2017 / Milvus
49 minutes
Review by Kathy Parsons
The Lonely Traveller is the third release from Psychic Equalizer, a project started in 2011 by pianist/composer/producer Hugo Selles. The primary goal of Psychic Equalizer is to mix several genres of music to create a style where Selles can express himself without any limitations. Like his previous albums, The Lonely Traveller tells a story in a colorful musical language where the piano is usually in the foreground, but not always. Selles was born in Santander, Cantabria and began his musical studies at the age of six. He went on to receive five scholarships, has earned several degrees in music and music business, and is currently studying in the Advanced Post-Graduate Programme (Soloist Class) at the Royal Danish Academy of Music. He has also composed the soundtracks for two documentary films.

The Lonely Traveller tells the story of the journey from adolescence to adulthood and the discoveries, emotions, and growth everyone experiences during that time. “Through the universal human themes expressed in the music and the multicultural cover art, this album is a statement of support for equality and human rights. People in this world, no matter their ethnicity, religion, appearance, gender, sexuality or nationality, deserve a decent and happy life. To help the listener follow and identify with the story, there is a poetic text accompanying each track.” This quote comes from the booklet that accompanies the album, containing the referenced poetic introductions to the music, photos, and a list of the artists who played on each track. Selles composed all twelve tracks and the bonus track except for one that he co-wrote with Adrian Ubiaga.

The Lonely Traveller begins with “Mezuz,” a piece about the loss of childhood innocence. The title refers to a mountain in northern Spain, and the instrumentation includes Selles on piano, keyboards, and synths; electric and classical guitar, drums, and vibraphone. The piece has an energy that propels it forward in a style incorporating jazz and progressive rock - very soulful and an intriguing start! “An Ocean of Changes” is a four-part piece about the process of growing up. Each section flows into the next, but each is quite different from the others. Ranging from sweet and gentle to very chaotic, it certainly covers the tumultuous teen years! The title track is very short and features piano, effects, and balalaika. “Lagrimas (Tears)” is mostly Selles on piano and Quico Duret on electric guitar, but there are also strings, voice, and bass drum - very dark, melancholy and deeply emotional. I love the intensity of “Adrift,” a piece inspired by a painting by Jeremy Geddes. “Flying Over the Caucasus” reflects on the unfairness and superficiality of consumerism when so many people have nothing. On “Lovers Meet,” Selles performs on piano and Hammond organ accompanied by electric and classical guitars, strings, and drums, expressing the feeling of a gently-swaying slow dance where magic starts to happen - I love this one, too! “A Collection of Marbles” is an uncluttered, easy-going piece about looking back in time, performed on piano, electric guitar, drums and percussion. “An Ocean of Changes (V-VI)” is a continuation of the previous set of pieces, this time about the importance of changing. The first part is melancholy, but the second sparkles with vibrance and energy. “A Visit To Adelaide” is a beautiful ballad and the reason the album was made. “Norrebro” is a song about love and features Selles on piano, Hammond organ, keyboards and voices along with other singers. It begins as a quiet piano solo, gradually building to full-on gospel with organ and choir. The bonus track, “Never Lose Hope” is a brief but passionate piano solo that ends without quite resolving. “To be continued”?

I have thoroughly enjoyed all three albums from Psychic Equalizer, but must say that Selles just keeps getting better. The Lonely Traveller is available from Amazon and iTunes. Recommended! 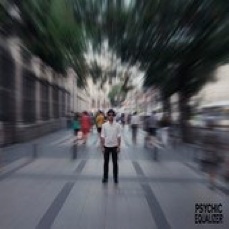 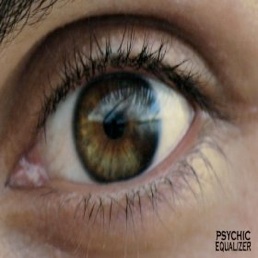 Memories From A Cold Place
with Hugo Selles
2012
Debut Albums