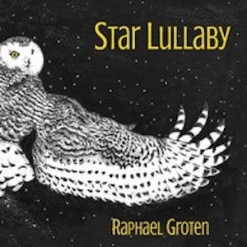 Raphael's Website Raphael's Artist Page on MainlyPiano
Album Links
Amazon (referral)iTunes
This site contains affiliate links to products. We may receive a commission for purchases made through these links.
Star Lullaby
Raphael Groten
2019 / Raphael Groten
103 minutes
Review by Kathy Parsons
With his second album, Star Lullaby, guitarist Raphael Groten leaves no doubt that he and his music are here to stay. The two-disc set features one album of fourteen solo acoustic guitar tracks and one that includes the same tracks with additional instrumentation plus a vocal version of the title track. With and without the stellar group of musicians who often appear on Will Ackerman’s productions, Groten has created one of the most soothing and relaxing albums I’ve heard in a long time. Warmth, openness and deep sincerity combine to make Groten’s music something very special and welcome in these turbulent times.

Produced by Ackerman, Tom Eaton and Groten, the intentions for the album were to continue the solo guitar experience Groten introduced with his 2015 debut, Journey Home, and “to expand the musical landscape offered by featuring the many world class players Will Ackerman placed at my fingertips.” It is interesting to note that the solo guitar tracks were recorded at the end of 2015 and the ensemble instrumentation was added over the past three years. Some of the “featured” musicians are actually Groten himself layering ukulele, percussion, vocals, clay whistle and electric tamboura over the guitar solos. The other musicians are Michael Manring (bass), Eugene Friesen (cello), Ron Korb (flute), Charlie Bisharat (violin), Jeff Haynes (percussion), Noah Wilding (vocals) and Will Ackerman (guitar). Even the cover artwork by Gabriel Tempesta is something special!

Disc 1 consists of fourteen original acoustic guitar solos performed freely and from the heart without a lot of embellishment to hide behind. Artists often expose much more of themselves by keeping their music stripped down to its essence rather than trying to “show off,” and Groten’s music is a perfect example of this. Even the song titles are at their most basic with one-word titles (except the title track) left open to interpretation and personalization for each listener. Groten is committed to personal spiritual growth as well as using his talents for the well-being of others, and that spirit of generosity and caring flows from every note.

The first two tracks on Disc 2, “Dawn” and “Waking” are just Groten adding a layer of subtle instrumentation to his solo guitar. “Mindfulness” is a wonderful duet for guitar and violin (Bisharat). At a little more than 8 1/2 minutes, it is a relaxed and soulful musical journey to deeper understanding and awareness. As its title suggests, “Levity” is a light and carefree piece for guitar, flute (Korb) and percussion (Haynes). It’s almost impossible to not smile while listening to this one! There are two versions of the gentle and sweet “Star Lullaby” on Disc 2. Both include Michael Manring (bass) and the last track on the album includes vocals (Wilding and Groten). I really like the guitar and flute (Korb) duet of “Gratitude” - again very gentle and from the heart. I don’t recall hearing many duets for acoustic guitar and cello, but Groten and Friesen are a match made in heaven on “Compassion” and “Trust,” which also features Ackerman. “Eclipse” could easily fit in a movie set in the desert. Haunting and very spare, it’s quite different from the other pieces! “Prayer” is one of my favorites with its easy swing rhythm and slightly bluesy sound.

Star Lullaby is truly a great album, so don’t miss the chance to soothe and heal your soul while delighting your ears at the same time! It is currently available from CD Baby, Amazon and iTunes.
June 11, 2019
This review has been tagged as:
Guitar musicKathy's Picks
Raphael's Website Raphael's Artist Page on MainlyPiano
Album Links
Amazon (referral)iTunes
This site contains affiliate links to products. We may receive a commission for purchases made through these links.
More reviews of Raphael Groten albums 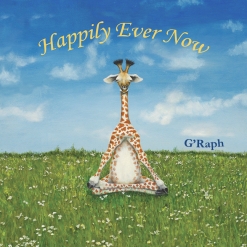 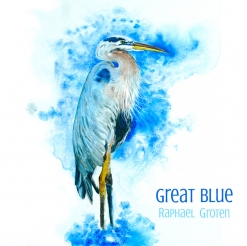 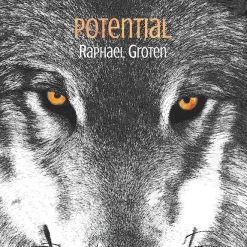