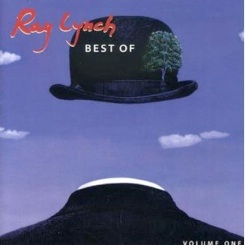 Ray's Website Ray's Artist Page on MainlyPiano
Album Links
iTunesAmazon (referral)
This site contains affiliate links to products. We may receive a commission for purchases made through these links.
The Best of Ray Lynch, Volume 1
Ray Lynch
1998 / Windham Hill
69 minutes
Review by Kathy Parsons
As a long-time fan of Ray Lynch’s music, I was really looking forward to this Best Of compilation, and am certainly not the least bit disappointed. The CD includes two new pieces which are quite different from Ray’s earlier work and show him going in yet another direction. There is also a wild and crazy dance remix of his classic “Celestial Soda Pop.” The other pieces from his previous four albums have all been remastered and have a new clarity. This is a greater “starter” album for those new to Ray Lynch’s music, and an excellent compilation for long-time fans like myself. The liner notes are extensive and very informative, and give a lot of insight into what went into the music as it was being created.

The CD opens with “Ralph’s Rhapsody,” a playful and carefree piece named for a field mouse who resided in Lynch’s studio as he was composing. I especially like Lynch’s joyous work (as opposed to his more somber pieces), and this and “The Music Of What Happens” both fall under this category. Choral and vocal sound effects, steel drums, lots of rhythm and we have a grinning toe-tapper! “The Music of What Happens” includes some lively violin improvisation by John Gregory, and more funny vocal samplings by Mel McMurrin. These give us a hint of what the next new album will be like, and it promises to be great!!

The next two cuts are from Lynch’s Deep Breakfast album (1984). “The Oh of Pleasure” and “Celestial Soda Pop” are classic examples of electronic music of that time, and although the technology has changed dramatically, these are still great fun. Anyone who can listen to “Celestial Soda Pop” without a smile is having a lousy day! Also from that album are “Kathleen’s Song,” a gentle and flowing love song for Lynch’s wife; and “Tiny Geometries,” a sparkling tour de force. “Clouds Below Your Knees” from No Blue Thing (1989) is a synth beauty with the addition of cello and viola; the strings warm up the coolness of the synth. “The True Spirit of Mom and Dad” from the same album has a more electronic sound with a sweeping, visual majesty. “The Vanished Gardens of Cordoba” from Nothing Above My Shoulders But the Evening (1993) is done mostly with acoustic instruments, and is Lynch’s most orchestrated piece to date. It is dark but has a very lyrical flow - I find it very visual and enchanting. “Her Knees Deep in Your Mind” is one of my favorites; it has kind of a fragile, tragic quality to it. “The Temple” from Lynch’s first album, The Sky of Mind (1983) is almost without melody - very ambient and very dark. The remix of “Celestial Soda Pop” at the end was a total surprise! I found myself laughing out loud at the changes from the original! Thundering drums and bass are a shock at first, but the piece really works, and should make Lynch’s younger fans very happy!

(Review originally published in 1998, reposted April 6, 2010)
April 6, 2010
This review has been tagged as:
Ageless FavoritesKathy's Favorites: 1998
Ray's Website Ray's Artist Page on MainlyPiano
Album Links
iTunesAmazon (referral)
This site contains affiliate links to products. We may receive a commission for purchases made through these links.
More reviews of Ray Lynch albums