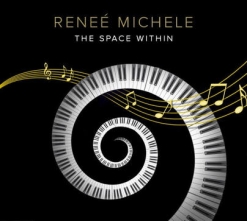 Reneé's Website Reneé's Artist Page on MainlyPiano
Album Links
Amazon (referral)iTunes
This site contains affiliate links to products. We may receive a commission for purchases made through these links.
The Space Within
Reneé Michele
2018 / Renee Michele
53 minutes
Review by Kathy Parsons
The Space Within is the sixth album from pianist/composer Renee Michele. Like her previous release, Seasons of the Heart, The Space Within was recorded at Imaginary Road Studios, produced by Will Ackerman, and engineered, mixed and mastered by Tom Eaton. Three of the ten original tracks are solo piano and the other seven feature several of the stellar musicians who often appear on Imaginary Road recordings - Charlie Bisharat (violin), Jeff Oster (flugelhorn), Jill Haley (English horn) and Eugene Friesen (cello) in addition to Ackerman (guitar and drum) and Eaton (drum and bass). I have been reviewing Renee’s albums since her 2002 debut, Renee Michele, and I truly believe The Space Within is her best album to date. Her velvety piano touch is so soothing that it truly challenges the categorization of the piano as a percussion instrument! I usually find it easy to single out favorite pieces for my reviews, but I can’t on this one because they are all so beautiful!

Renee Michele started playing the piano at the age of six and continued through college as a music major. She later added a degree in Occupational Therapy, which led her to teach piano to children with special needs such as autism. Renee is an artist who truly understands the power of music, so it’s not surprising that her music has such an expressive and healing quality.

The Space Within begins with “My Angel,” a haunting piano solo that was created one night when Renee was experiencing powerful feelings of being “alone.” She calls this melancholy and deeply emotional piece “my conversation of wisdom and encouragement that night from ‘my Angel’.” Love it! “In The Mist” depicts the essence of the Oregon Coast “with all its beauty and splendor” and was inspired by the photography of Russell J. Young. Living on the Oregon Coast myself makes it very easy to identify with this graceful and very peaceful trio for piano, flugelhorn and English horn. The title track begins as an introspective piano solo, adding flugelhorn, cello, guitar and Hopi drum along the way - poignant, heartfelt and simply beautiful! The two-part “The Cloud Suite” begins with “Aspire,” a gentle daydream of a piece inspired by wondering what it would be like to be a cloud. Renee’s softly expressive touch is especially effective on this piece! The second movement is “Life As a Cloud,” a delicate duet for piano and cello that imagines the cloud’s journey and final attempt to stay in existence. “Montana Breeze” is a duet for piano and violin that was inspired by a trip to the area where Renee grew up as well as the memories that came with the experience. “Communion,” a piano solo, was developed from a theme heard in a dream one night. Knowing she would forget it by morning, Renee got up and recorded the idea on her phone. Very serene and at ease, it’s a beautiful ending to an excellent album.

The Space Within is available from Amazon, iTunes and CD Baby. It is my understanding that a solo piano version of the album will also be released.
January 1, 2019
This review has been tagged as:
Kathy's Picks
Reneé's Website Reneé's Artist Page on MainlyPiano
Album Links
Amazon (referral)iTunes
This site contains affiliate links to products. We may receive a commission for purchases made through these links.
More reviews of Reneé Michele albums 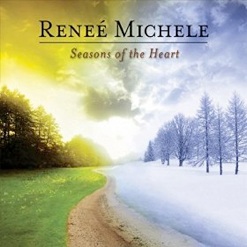 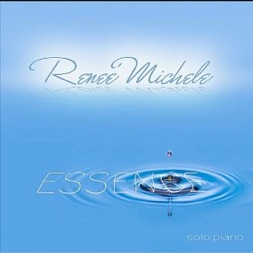