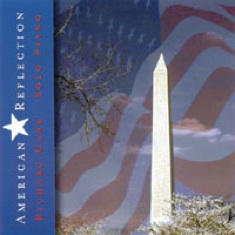 Richard's Website Richard's Artist Page on MainlyPiano
Album Links
Amazon (referral)iTunes
This site contains affiliate links to products. We may receive a commission for purchases made through these links.
American Reflection
Richard Carr
2001 / Rec'd Music
68 minutes
Review by Kathy Parsons
American Reflection is a collection of impressions and feelings elicited from visits to many of the national monuments in Washington, D.C. Assembled to honor America on its 225th birthday (it was released on July 4), and also as a tribute to those who have served their country “in whatever capacity”, the piano solos range from big and bold to quiet and reflective. Much of the album was improvised on the spot, and no edits were made. As much as I respect the courage it takes to do this method of composing/recording, it can, at times, feel rather self-indulgent and disjointed.

“Hope (Vietnam)” is gorgeous and emotionally powerful. Composed to describe the intensity of the feelings that surround the Vietnam Memorial, this piece really works on all levels. “Lincoln” reflects, in a rather soft-spoken manner, the strength and dignity that this man gave his country, and is, also, an excellent piece of music. “Unknown Soldier” is solemn and dark, reflective and respectful. “Reflection Pools” is soothing and beautiful, shimmering as a reflection in the water does. To this reviewer’s ears, these are the best pieces on the CD. The others work to various degrees, and a few, for me, fall apart. I enjoy the energy of “Pulse of America”, but it seems chaotic in the later parts of the piece - perhaps that was intentional. “Revere’s Ride” is interesting, dark and rhythmic, and would probably be a great piece of music with some polishing and minor revisions. “Cherry Blossoms” has some wonderful passages, and it’s amazing that Carr could keep the flickering right hand rhythm going while doing so many other things with his left. For me, some of those “other things” just don’t go together, weakening the passages that work. “Korea” also has impressive moments and then kind of goes all over the place. I enjoy a lot of Carr’s pieces that have a pitch black and rhythmic left hand, but this piece seems to be trying to do too many things at once.

I respect and admire Richard Carr’s intentions with American Reflection, but I have to say that I don’t think it’s consistently his best work. Some of the pieces are wonderful, but the CD tends to be a bit uneven and even difficult. I listened to it many times, as often more-complicated music reveals itself over time. I just couldn’t get into some of this recording. It is available from Amazon as well as Carr’s website at www.richardcarr.com.

January 1, 2001
Richard's Website Richard's Artist Page on MainlyPiano
Album Links
Amazon (referral)iTunes
This site contains affiliate links to products. We may receive a commission for purchases made through these links.
More reviews of Richard Carr albums 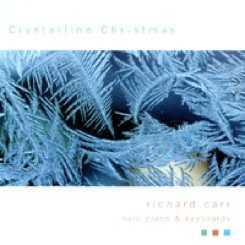 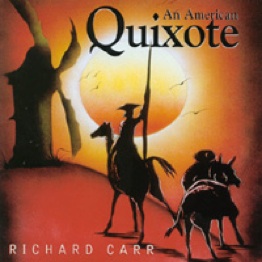 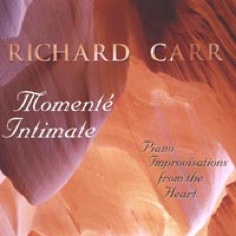