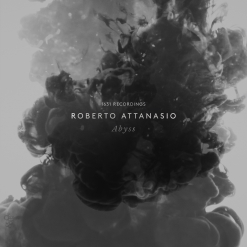 Roberto's Website Roberto's Artist Page on MainlyPiano
Album Links
Amazon (referral)iTunes
This site contains affiliate links to products. We may receive a commission for purchases made through these links.
Abyss
Roberto Attanasio
2016 / 1631 Recordings
27 minutes
Review by Kathy Parsons
Abyss is the second album from Italian composer/pianist Roberto Attanasio. His debut album, Another Past, was released earlier this year and was recorded on an old piano that had fallen into disrepair. The recorded music for that album includes the clicks and other noises from inside the piano as part of the instrumental effect. Abyss was recorded on a different piano with the strings often muted - sometimes just some of the strings. This 27-minute EP contains eight original solo piano compositions with one-word titles. The recordings include the sounds of the mechanical workings of the piano and Attanasio’s breathing as part of the music, creating a fascinating hushed and somewhat otherworldly effect. Attanasio’s music is spare, moody and very beautiful. Experimental music can often be difficult to listen to, but Attanasio’s is very accessible. It’s a different piano sound than most listeners are used to, but it brings a new approach to piano music that I find fascinating.

Abyss begins with “Breath,” a piece where Attanasio’s breathing is often audible. Well under two minutes in duration, this piece acts as something of a prelude, introducing the unusual sound of the piano as well as its internal mechanisms. On “Back,” it sounds like the bass strings are more muted than the treble ones, so the lower half of the piano provides the rhythm plus a bit of subtle percussion. It’s a haunting piece. “Enter” is a bit livelier but is also mysterious with a sparkling treble clef and a muted but rhythmic bass clef - a favorite. “Run” is very light with a gentle energy that propels it forward. ”Round” has a fairly repetitive left hand in the first half of the piece and later becomes a series of broken chords that create a rippling effect under the more melodic right hand. “Aisle” begins as a minor key waltz with the treble strings unmuted - bright, clear tones - and moderately muted bass strings so that those tones stay soft and rounded. It’s an interesting study in contrasts and a composition that is mysterious, poignant and very beautiful - another favorite! “Escape” seems to be searching for something as the left hand plays in the deep bass of the piano while the right hand is in constant motion. The low bass strings are muted to the point that they resonate as kind of a rumble while the upper notes of the piano are brighter. As its title suggests, “Whisper” is very quiet, subdued and free-form. It might be an improvisation since it feels very unrestricted, gently flowing wherever it goes.

Abyss is an unusual album that I find very satisfying and Roberto Anastasio is an exciting new artist! I look forward to hearing more of his music for years to come! Abyss is available from Amazon and iTunes. Recommended!
November 18, 2016
This review has been tagged as:
Kathy's Picks
Roberto's Website Roberto's Artist Page on MainlyPiano
Album Links
Amazon (referral)iTunes
This site contains affiliate links to products. We may receive a commission for purchases made through these links.
More reviews of Roberto Attanasio albums 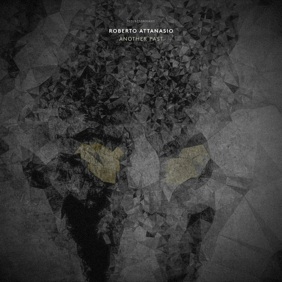