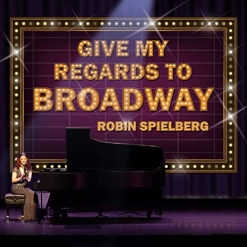 Robin's Website Robin's Artist Page on MainlyPiano
Album Links
Amazon (referral)Apple/iTunesSpotify
This site contains affiliate links to products. We may receive a commission for purchases made through these links.
Give My Regards To Broadway
Robin Spielberg
2021 / playMountain Music
65 minutes
Review by Kathy Parsons
Give My Regards To Broadway is Robin Spielberg's heartfelt and passionate love letter to Broadway. A collection of twenty beautiful solo piano arrangements of familiar and not-so-familiar songs from sixteen musicals, Spielberg's expressive touch on the piano keys makes these songs sing with new life. When she was a child, Robin's father worked in New York City and often brought home LPs of Broadway shows. Robin and her family listened to those recordings until they knew all of the words and could sing and whistle them in the car on long trips. Robin started creating her own arrangements of favorite songs when she was nine years old. Later, in the 1980's, Robin supported her acting dreams by working as a pianist in piano rooms and hotel lobbies in midtown Manhattan where knowledge of Broadway tunes was a must. A founding member of the Atlantic Theater Company, she has acted in dozens of off-Broadway plays, radio dramas and composed several original scores. This is Robin's twenty-first album, and while she recorded Broadway tunes on With A Song In My Heart (2001) and Unchained Melodies (1995), this is her first release with all twenty tracks dedicated to musical theater.

The album was produced by Larry Kosson, Robin's husband, and nineteen of the tracks were recorded at Cedarhouse Sound & Mastering on an 1898 Steinway Model D Concert Grand; the title track was recorded at home on Robin's fully-restored 1896 Victorian Steinway. (Robin has been of the Steinway roster of artists since 1996!)

The selection of songs on the album is varied, although a majority of them are on the graceful, more deeply emotional side - "The Impossible Dream," "Somewhere," "Tomorrow," "Maria" - but Robin knows how to pull out the stops when it suits the music - "I'd Do Anything," "I'll Know," "Can't Help Lovin' Dat Man" - giving us a wonderful retrospective of some of the best music from shows dating from 1904-1977. Robin brings her special magic to every project she works on, and this album is no exception. So, whether you are a fan of Broadway musicals, expressive solo piano music, instrumental music you can sing along with, and/or just like good music, you're in for a treat with Robin's Give My Regards To Broadway!

The album is available as a CD, an MP3 download or to stream from RobinSpielberg.com, Amazon, Apple Music/iTunes, Spotify, Pandora and others. Sure to bring a smile!

September 3, 2021
Robin's Website Robin's Artist Page on MainlyPiano
Album Links
Amazon (referral)Apple/iTunesSpotify
This site contains affiliate links to products. We may receive a commission for purchases made through these links.
More reviews of Robin Spielberg albums 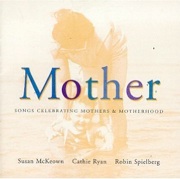 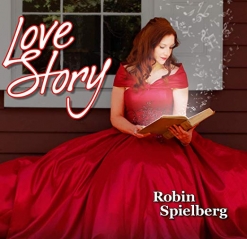 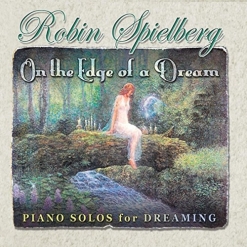