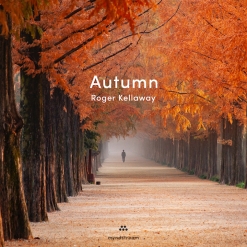 Roger's Website Roger's Artist Page on MainlyPiano Fall Flight's Website Fall Flight's Artist Page on MainlyPiano
Album Links
Amazon (referral)Apple/iTunesSpotify
This site contains affiliate links to products. We may receive a commission for purchases made through these links.
Autumn (single)
Roger Kellaway and myndstream Fall Flight
2021 / myndstream
4 minutes
Review by Kathy Parsons
The first piece in the myndstream Fall Flight collection is pianist/composer Roger Kellaway's solo piano "Autumn." The Grammy Award winning and Academy Award nominated artist has recorded more than 250 albums and has worked with a veritable Who's Who of contemporary music. Kellaway composes music in jazz, classical and pop styles as well as scoring for films and television. Now in his 80's, Kellaway's music career started in the 1960's and is still going strong.

"Autumn" is impossible to categorize (always a good thing, I think!) with elements of jazz, new age, ambient and classical blended together to create a sound that's ageless, graceful and distinctive. The piece begins slowly with a feeling of gentle movement that becomes more intense as the piece evolves. It evokes images of colorful leaves swirling effortlessly in the wind before drifting to the ground.

"Autumn" and the other five tracks from the myndstream Fall Flight are available from myndstream.com, Amazon, Apple/iTunes and streaming sites like Spotify. 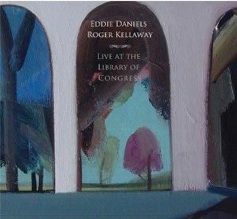 Live at the Library of Congress
with Eddie Daniels
2011