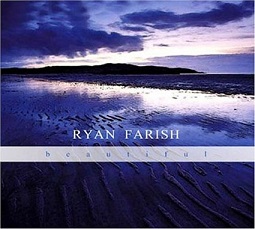 Ryan's Website Ryan's Artist Page on MainlyPiano
Album Links
Amazon
This site contains affiliate links to products. We may receive a commission for purchases made through these links.
Beautiful
Ryan Farish
2004 / Neurodisc
Review by Michael Debbage
Steeped in simple but haunting melodies along with the heavy use of electronic embellishments and drum loops, both organic and electronic lounge fans will find this album pleasing without ostracizing either camp. Reminiscent of Amethystium, Ryan Farish has more than just a label mate in common. Much like Amenthystium's freshman effort, Beautiful is also a promising and fine looking debut from this newcomer.

For those of you that have a vice for wanting to know the weather patterns in your local neighborhood, you may already be partially familiar with this artist's work. According to the press release from the label, Farish has already secured some exposure courtesy of local cable weather stations. In addition, the press release states that MP3.com has confirmed that Ryan's music has been under heavy demand with an estimated 1.8 million downloads.

Needless to say, it appears that things are looking up for this artist and his freshman offering is proof of such. There is no doubting the album's instant initial appeal, which includes a total of 13 tracks. The majority of them focus on an uncomplicated theme that repeats itself. Fortunately, bridges with tantalizing sound effects and percussion embellishment keeps you attentive. "Chasing The Sun" follows this exact pattern and considering the duration of close to 7 minutes, this becomes an important factor. I think for me the most memorable track is the springy and instantly unforgettable "Carried By The Wind", which lives up to its title musically. Along with the Enya-type vocal sampling and another timely bridge the song is utterly light but entertaining. "Full Sail" follows up on that Enya comparison.

That said, the break courtesy of the organic "Letting Go (Interlude)"comes a close second. It is a perfect opportunity to veer away from the manufactured sound. It allows us to see Farish in a more unplugged moment. Even better, there is the positively gorgeous title track that closes out the album with its warmth, elegance and grace. It is amazing how powerful a minimalist approach can be. With Farish on the piano, the only embellishments are a cello and some very nominal voice sampling. It is a very reflective and timely.

Though the album tends to lean heavily on similar patterns and tempos, there is no doubting the instant appeal of this artist. The question remains whether Farish will play it safe or continue to expand on what is heard here. Nevertheless, this is a beauty that deserves to be heard on more than just a weather station. And that is this weatherman's forecast for this new artist.

November 11, 2004
This review has been tagged as:
Debut AlbumsMichael's Favorites: 2004
Ryan's Website Ryan's Artist Page on MainlyPiano
Album Links
Amazon
This site contains affiliate links to products. We may receive a commission for purchases made through these links.
More reviews of Ryan Farish albums 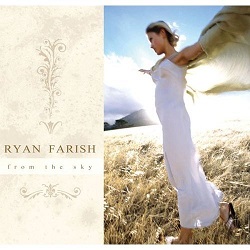 From The Sky
2005
Review by Michael Debbage
Michael's Favorites: 2005