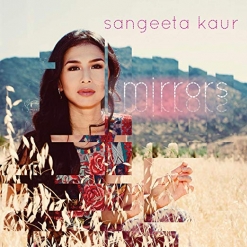 Sangeeta's Website Sangeeta's Artist Page on MainlyPiano
Album Links
Amazon (referral)iTunes
This site contains affiliate links to products. We may receive a commission for purchases made through these links.
Mirrors
Sangeeta Kaur
2018 / Sangeeta Kaur Music
42 minutes
Review by Kathy Parsons
Mirrors is the third classical and fusion album by Vietnamese-American new age/classical crossover singer/songwriter Sangeeta Kaur, following her 2017 award-winning Ascension - Niguma, Vol. 2. This album expresses Kaur’s raw interpretation of sacred sound, meditation and the power of vulnerability. The eight tracks are varied with six songs co-written with composer and producer Nicolas Neidhardt, a beautiful arrangement of “Dust In the Wind” (by Kansas), and a 13th century Eucharistic hymn and meditation written by Saint Thomas Aquinas; both arrangements were done by Kaur and Neidhardt, too. Neidhardt accompanies Kaur on piano and keyboards along with Dat Nguyen on guitars and flute.

Sangeeta Kaur earned a Bachelors of Music degree in Opera Performance from California State University/Long Beach and a Masters Degree in Vocal Performance from The Boston Conservatory of Music. She has performed a blend of classical and sacred music throughout the US, Europe, Asia and Australia.

Mirrors begins with “Bring It Down,” a heartfelt prayer for guidance to becoming “the best that I can be” as well as for an end to war, hate and fear - so very timely! The simple piano and guitar accompaniment really highlight the beauty of Kaur’s voice as well as the deep meaning of her lyrics. “Dust In the Wind” is a classic pop song by progressive rock band, Kansas, and was first released in 1977. Every bit as relevant today as it was more than forty years ago, it’s really good to hear this song again! “I’m Not Gonna Break” is a wonderful anthem to the resilience of the human spirit and to the determination to be a catalyst for change. I’d love to see this one hit the pop charts and give the world a new theme song! I was surprised to hear “Adoro Te Devote,” the hymn and meditation by St. Thomas Aquinas. With simple keyboard washes, acoustic guitar and additional layered voices in the background, the beauty and heartfelt sincerity of Sangeeta’s voice actually give me goose-bumps - extraordinary! “Mother Earth” offers a fervent prayer to Mother Earth to show us how to love and to forgive us “for things done wrong.” I love the chorus: “Can you feel her? Can you hear her voice? To protect her shouldn’t be a choice.” The twelve-minute “Sa Ta Na Ma Meditation” is the “Kriya to make the impossible, possible.” The closing track is an improvisation dedicated to the 83rd birthday of His Holiness, Dalai Lama the 14th. Piano, flute and voice express love and gratitude to this great man in a very personal way.

Mirrors is a very inspiring and welcome antidote to the hate and fear that are ravaging so much of the world. It is available from Amazon and iTunes.
October 28, 2018
This review has been tagged as:
Kathy's Favorites: 2018Kathy's Picks
Sangeeta's Website Sangeeta's Artist Page on MainlyPiano
Album Links
Amazon (referral)iTunes
This site contains affiliate links to products. We may receive a commission for purchases made through these links.
More reviews of Sangeeta Kaur albums 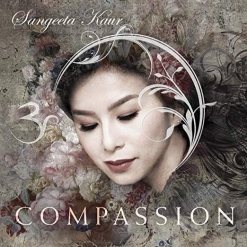 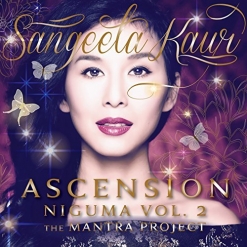