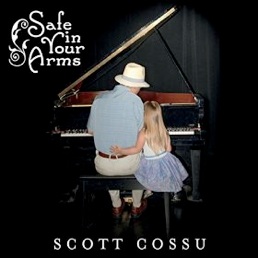 Scott's Website Scott's Artist Page on MainlyPiano
Album Links
Amazon (referral)iTunes
This site contains affiliate links to products. We may receive a commission for purchases made through these links.
Safe in Your Arms
Scott Cossu
2015 / Heart Dance Records
52 minutes
Review by Kathy Parsons
Safe in Your Arms is the long-awaited new release by pianist/composer Scott Cossu. One of the founders of the new age music genre (giving it a jazz and world music influence) and one of the first artists to join the Windham Hill roster of artists, Cossu has had a long and varied career. It is interesting to note that early on, George Winston opened for Scott in concert and the two toured and performed together for several years. The music on Safe in Your Arms is a combination of new compositions and newly re-recorded pieces from older albums that have gone out of print. Joining Cossu and his piano are long-time collaborator guitarist Van Manakas, flute and harmonica wizard John Croarkin, and alto flutist Ann Lindquist. Cossu says in the liner notes: “These new compositions will hopefully take you to a place of tranquility. My goal was to produce a recording of tender lullabies and ballads, which returns to a signature musical style that I loved yesterday, as well as today.” Inspired in part by his two “adorable granddaughters,” heartwarming photos of Scott and the two little girls at the piano grace the cover and liner notes booklet. I should also mention that I started listening to this album in my wake-up alarm. It usually woke me up when the music started, but then I drifted right back off to sleep, so this is VERY soothing and relaxing music!

Safe in Your Arms begins with the title tune, a sweetly lyrical piece that features piano, guitar, and flute. Graceful and overflowing with tenderness, it’s a lovely start. “Angel Steps” continues in a similar vein, a beautiful trio where the lead is the magical voice of three musical artists playing from the heart. “Fawn” originally appeared on Cossu’s 1984 release, Islands. Gently flowing and jazz-tinged, it’s great to have this piece available again! “Little Sunshine Girl” features some beautiful acoustic guitar by Van Manakas in addition to piano and flute - love it! “Purple Mountain,” a Cossu classic that originally appeared on his 1981 Wind Dance, is as fresh and alive as it was almost 35 years ago. “Gwenlaise” is also classic Cossu and is a piece he often performs in concert. Originally recorded in 1986 with cellist Eugene Friesen, this new arrangement is a gorgeous trio for piano, guitar, and flute. “A Child’s Eyes,” from 1989’s Switchback includes some haunting harmonica by John Croarkin, an artist I had the pleasure of hosting in concert with Scott on two occasions - what a magical pair they are! I think my favorite track (although I like them all!) is the closing “Sanctuary” from Switchback. Piano, flute, and guitar tell the story as a beautifully-flowing unit where no one has the lead yet all three musicians shine and each is absolutely essential for this arrangement to work - it’s a great ending to another great album from Scott Cossu!

Safe in Your Arms will be a treat for Scott Cossu’s longtime fans as well as anyone new to his music. It is available from Amazon, iTunes, and CD Baby. Very strongly recommended!
September 14, 2015
Scott's Website Scott's Artist Page on MainlyPiano
Album Links
Amazon (referral)iTunes
This site contains affiliate links to products. We may receive a commission for purchases made through these links.
More reviews of Scott Cossu albums 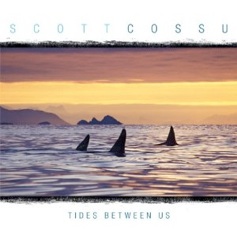 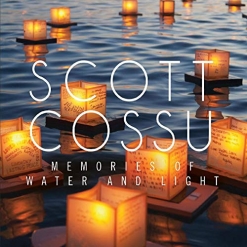 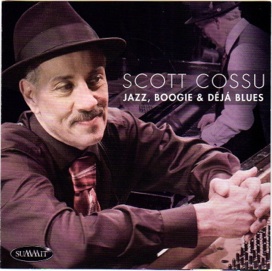