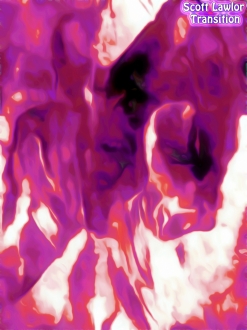 Scott's Artist Page on MainlyPiano
Album Links
BandcampAmazon (referral)iTunes
This site contains affiliate links to products. We may receive a commission for purchases made through these links.
Transition
Scott Lawlor
2017 / Scott Lawlor
76 minutes
Review by Kathy Parsons
Transition is the second in a three-part series of ambient albums by keyboardist/composer Scott Lawlor. Composed and recorded between mid-2017 and May 2018, the trilogy began when Lawlor’s younger brother, Joe, was diagnosed with stage 4 cancer that had metastasized to several organs of his body. The first album, Look Unto the Heavens, was, in part, about finding the strength to deal with something like this and how, when it is desperately needed, strength can whisper to the surface despite the noise and chaos of everyday life. Transition began when Lawlor received a phone call from his mother telling him that hospice was with Joe and that he wasn’t waking up. Joe passed away about ten days later, and this album “is a tribute to the memory of a great man who was a loving husband, a courageous brother and father who will eternally watch over his two children for all the rest of their days on Earth.” (quoted from Scott Lawlor’s notes about the album.)

Transition consists of five pieces that were composed in a five-day period shortly after Joe’s passing, and each tells its own story. All five were composed “to convey a sense of the tears and heartache that we all have experienced as a result of this great man being taken from us way too soon.” (again quoting Lawlor’s album notes.) The pieces range from just under ten minutes to twenty-seven minutes. Although the music was born out of tragic loss, it is soothing and often ethereal. Where Look Unto the Heavens plays as one long piece, the five pieces on Transition are distinct, each telling of a different experience. It is my sincerest hope that in composing this music, Scott Lawlor was given some of the healing comfort that these albums will undoubtedly give others.

Transition begins with “Sacred Ground,” which was intended to convey the sense of stillness and quiet that was in Joe’s home for the last ten days of his life. The hospice caregivers told the family that Joe was in transition and that the room where he was sleeping was sacred ground. The use of the organ for this piece emphasizes the spirituality of the experience while offering peace and solace. “Whispering Voices” is very ethereal with both male and female choral voices (no lyrics). The piece was inspired by an experience Scott’s mother had while sitting with Joe one night and hearing voices but finding that no one was there. She interpreted this as the angels telling her that they were ready for Joe. The voices are otherworldly and mysterious, but also comforting and quiet. “Momentary Presence” was improvised to convey Scott’s sensing a physical presence as he sat at Joe’s bedside one afternoon. Darkness occasionally weaves in and out of the piece, but there is no fear. The title track represents Scott’s interpretation of the angels calling Joe home to a place with no pain. This twenty-seven minute piece is serene and dreamlike, and makes me think of many paintings of mortals ascending through the clouds to their new heavenly home as beams of light break through the clouds. “The Last Goodbye” expresses Scott’s sadness at bidding his brother farewell for the last time. Performed with a piano sound and lots of reverb, the emotions are very deep and very tangible. About halfway into the piece, lighter shimmering instrumentation enters, beautifully expressing that Joe’s transition is complete and that he is now at peace.

Transition is an amazing and deeply affecting musical journey through one of the most difficult experiences we humans can have. Many thanks to Scott Lawlor for sharing such a personal time in his life with us. Transition is available from BandCamp, Amazon and iTunes. Highly recommended!
July 9, 2018
This review has been tagged as:
Kathy's Favorites: 2018Kathy's Picks
Scott's Artist Page on MainlyPiano
Album Links
BandcampAmazon (referral)iTunes
This site contains affiliate links to products. We may receive a commission for purchases made through these links.
More reviews of Scott Lawlor albums 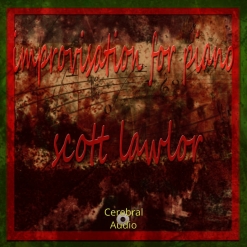 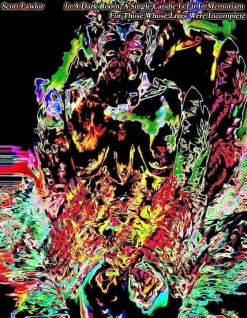 In a Dark Room, a Single Candle is Lit in Memoriam for Those Whose Lives Were Incomplete
2018
Kathy's Favorites: 2018Kathy's Picks