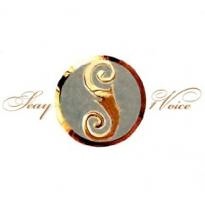 Seay's Website Seay's Artist Page on MainlyPiano
Album Links
Amazon (referral)iTunes
This site contains affiliate links to products. We may receive a commission for purchases made through these links.
1 Voice
Seay
2005 / Tuscan Sun
41 minutes
Review by Michael Debbage
Entitled 1 Voice is both a simple yet profound description of what you are about to hear. While the album contains the amazing voice of Seay, considering some of the songs include up to 84 layers of vocal work it could be more ample entitled “Voices”. Nevertheless, this album has an insightful commercial appeal without sounding safe and sanitized, exploring many themes making 1 Voice one of the more unique genre benders of 2005.

Apparently the press release indicated that the album was 3 years in the making. Judging by the impeccable sounds and intricate audio details it was worth every 36 months of the waiting. In addition, the production is credited to the artist though she had more than able assistance from Don Scott and Jeff Silverman, who have been associated with the likes of Shania Twain and Prince. Vocally some are comparing her velvet smooth voice with that of Enya. While the comparisons do exist they come more in the form of the multiple layers of production. However, Seay’s delivery is by way of her voice in contrast with Enya’s keyboards, creating a choir of Seay at any given time. This is very time consuming but as a result of her undertaking we are presented with an impressive debut that is a labor of love.

Vocally, Seay delivers a lot of originality, yet there is no doubting the shades of Enya along with the soul of Annie Lennox and the ethnic exotica of Miriam Stockley. But this never comes at the expense of her losing her own identity. This is best heard on “Canon In B”, which is yet another cover of Pachelbel’s Variation Of A Canon. Yes, this song has been way overexposed, but the spin Seay puts on it is fresh and vibrant. Essentially her voice carries the majority of the instrumentation making for an inspiring take on this beautiful piece of music.

“Canon In B” is the only track that is not credited to Seay and with the exception of some assistance on the mysterious “Gothica”, the remainder of the material is self-penned. The album opens with the atmospheric and ambient title track that builds very nicely as Seay exercises her voice preparing us for the audio onslaught we are about to receive. The song shifts effortlessly into the most commercially appealing track “Love Is Like The Ocean” that probably includes the heaviest lyrical content of the 12 tracks listed. Combined with the stirring percussion work, this song must be played with volume to truly enjoy and be engaged by the provocative percussion that is moving yet never overbearing.

Even better is the soaring and flowing “Angelica”. The track opens with a string arrangement that is reminiscent of David Foster’s “St. Elmos Fire” but at a faster tempo. Once again Seay’s vocal work carries the song to its conclusion. On a more progressive side are the previously mentioned “Gothica” and the tribal atmosphere of “Ohm A Yehu”. “Kyrie The Calling” even includes the participation of didgeridoos courtesy of Jonathan Smith, transporting you to the world down under.

Though the album has many stirring moments, Seay balances the moods with a few very tender parts. The most undressed composition comes courtesy of “Winter”. With the exception of some minimal swirling synthesizer effects and phased out vocal sampling it is only Seay and her piano. Visions of stripped trees entrenched in blankets of snow with flakes fluttering around their branches comes to mind. Though not quite as bare but equally as poignant is the follow up track “Siren Song” that gives the album its additional balance reflection.

If this is not enough pick up 2006 1 Voice Special Edition EP that includes seven stand alone full length songs with introductions from Seay revealing their inspiration. Included are three brand new bonus tracks one of which is from her more recent Christmas affair A Winter Blessing.

Seay is a very complete artist with several voices courtesy of producing, composing, playing and singing giving her an enhanced ability to survive in the trendy music business. From that aspect, the album 1 Voice does not accurately describe the multiple gifts and talents this artist possesses, which should give her an even greater opportunity to let her voice be heard.
May 5, 2005
This review has been tagged as:
Debut AlbumsMichael's Favorites: 2005
Seay's Website Seay's Artist Page on MainlyPiano
Album Links
Amazon (referral)iTunes
This site contains affiliate links to products. We may receive a commission for purchases made through these links.
More reviews of Seay albums

In the Garden
2016
Review by Kathy Parsons
ZMR Winner 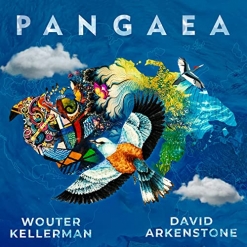 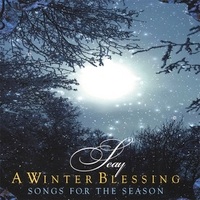